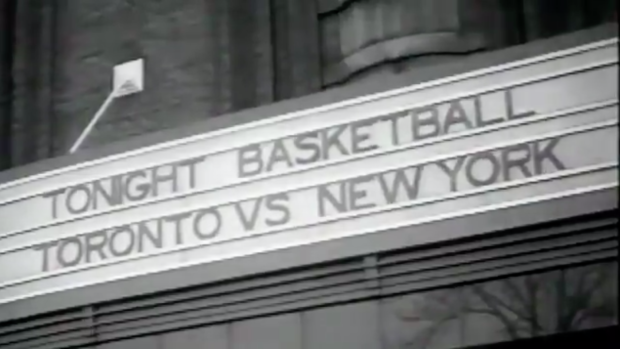 While the Toronto Raptors didn’t join the NBA until 1995, basketball’s roots in the city run a lot deeper than just the Dinos. You probably knew that Dr. James Naismith, the inventor of basketball, was a Canadian, but did you know that the NBA got its very start in Toronto?

On this day 74 years ago, the first game in NBA history was played between the New York Knickerbockers and the Toronto Huskies in Toronto. This was then for the league known as the Basketball Association of America, which became the NBA later on and is generally claimed as part of the’s NBA official history.

The game was played at the Maple Leaf Gardens in Toronto, and the best part? Anyone taller than the Huskies’ tallest player, who stood 6’8, got in for free.

ON THIS DAY (Nov. 1, 1946) the FIRST NBA game took place in TORONTO as the New York Knickerbockers took on the Toronto Huskies in front of 7,090 fans! 🇨🇦
⠀⠀⠀⠀⠀⠀⠀⠀
Fans that were taller than the tallest Huskies player (6’8”) got in for free. pic.twitter.com/kmaWFKEEXx

There you have it. Decades before the Raptors were a thing, Toronto played a major role during the NBA’s infancy stage, and that’s something else that Canadian hoops fans can be proud of on top of claiming Dr. Naismith, the Raptors and all of the young Canadian talent in the league today.

The Raptors have acknowledged the Huskies’ history in Toronto as well, wearing Huskies throwback jerseys in the 2009-10 and 2016-17 seasons.