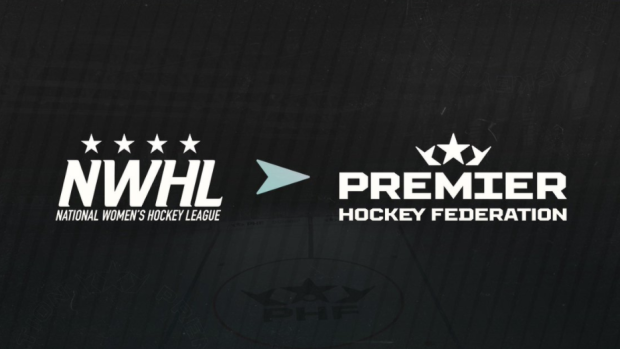 The end of an era.

The NWHL has a new name everybody!

The PHF announced on Tuesday morning that they will officially be rebranding as the Premier Hockey Federation! The change intentionally removes the word 'women's' from the name, with the hopes of becoming a gender neutral league.

The NWHL has officially launched a new era with the introduction of a name change and refreshed logo ahead of the 2021-22 season:

The hockey world seems to have very mixed reviews on the rebrand.

among the many things that gets me about the rename is the fact that women’s hockey is confusing enough for the casual fan. now add in a rename of a league that was just featured on nbcsn and the momentum is *poof*

We’re so excited for the future of this league!! This is a big first step in making hockey truly for everyone, and we’re honored to be apart of it! https://t.co/zu9GmbKc2A

My two cents: NWHL was a great name for a league seeking to grow awareness and fandom. It conveyed that it's the top women's hockey league in North America. Premier Hockey Federation is generic and meaningless. https://t.co/7kyZ0Ho0qD

The Toronto Six are proud to enter a new era of the Premier Hockey Federation 👑 pic.twitter.com/E6O369zV6Z

NWHL used to always consider players thoughts on decisions like these. Always included players in various branding things. But this time did that happen? How are contracts and past agreements handled now? Sponsors? It’s a lot for them.

I’ll say this about the NWHL (PHF?) rebrand: in 10 years on this website this is the first time I’ve ever seen women’s hockey Twitter agree about *anything*, a feat which I did not believe was possible until now and which tells you all you need to know about how bad it is

The NWHL can change their name but I want to see their inclusion policy that they promised to be revising. That is what matters and as long as it remains unchanged there are people excluded from the league.

You’re allowed to support women’s hockey while saying that the new NWHL rebrand looks like a high school art project.

There is so much wrong with this entire thing and it is very cringe.

What are your thoughts on the change?