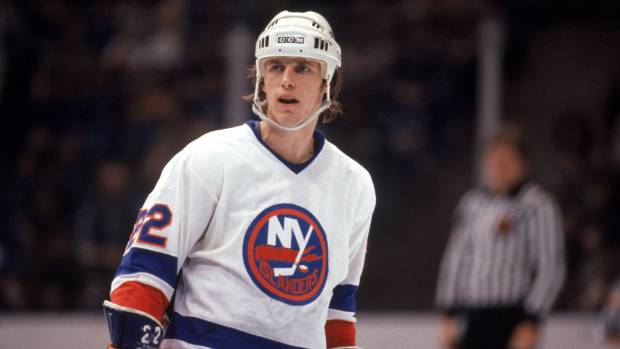 On Friday morning, the hockey world lost New York Islanders legend and Hall of Famer, Mike Bossy. The beloved goal-scorer passed away at the age of 65 after it was announced in October that he had been undergoing treatment for lung cancer.

Within his career, Bossy helped lead the Islanders to four consecutive Stanley Cups, had nine straight 50-goal seasons, and currently sits at the top of the NHL’s leaderboard in regular-season goals per game.

Reaction from across both the hockey and sports world poured in, following the tragic news.

1/3 "The New York Islanders organization mourns the loss of Mike Bossy, an icon not only on Long Island but across the entire hockey world. His drive to be the best every time he stepped on the ice was second to none." - Lou Lamoriello

We’re saddened to learn of Mike Bossy’s passing this morning. Our thoughts and condolences go out to his friends, family, former teammates and TVA Sports colleagues.

A legend of our game who will be dearly missed. pic.twitter.com/K5qLpt0NjC

The Hockey Hall of Fame is saddened to learn of the passing of Honoured Member Mike Bossy.

We offer our condolences to his family and friends. pic.twitter.com/3Q2ScFm1Mv

I once asked Mike Bossy why he scored so many goals. Answer 'I rarely missed the net'. A true natural. A kind and generous soul. RIP 22. https://t.co/ub7rtYmpxE

We are saddened by the passing of Team Canada legend Mike Bossy, who wore the 🍁 at the Canada Cup in 1981 and 1984.

We send our condolences to his family and friends. ❤️ pic.twitter.com/GuDfhNEg9j

He was feared by every goalies to ever face him, but loved by all who got to know him.

Condolences to his friends and family on this very sad day. https://t.co/yi7sv4lanp

Mike Bossy was an artist and my first experience with a counter-culture superhero who was fearless on and off the ice. One of the most extraordinary players and people I’ve come across in the game. 🙏 https://t.co/m9waMRTb7c

Can’t tell you how many times I used to read and study this poster over and over again. RIP Mike Bossy. pic.twitter.com/dz78ADUIgu

Via text message from HHOF winger Michel Goulet who was very saddened to hear of Mike Bossy's passing:
``He was a consistent high-level performer, even his worst game was so much better than most! A great guy! I enjoyed playing with him in Canada Cup '84.''

Sending love and prayers to the family of Mike Bossy. Mike was an incredible person and will be missed. https://t.co/WW6PFKNBZc

Sad to hear the news of the passing of Mike Bossy. Had the pleasure of meeting him a few years back and couldn’t be a nicer guy sharing stories with me. https://t.co/Yc0irYCzdw