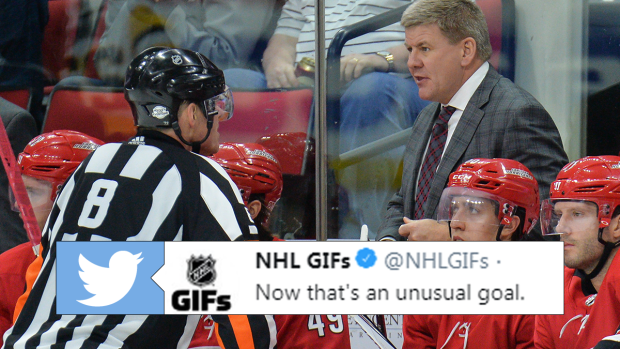 The Carolina Hurricanes have had a rough year, especially because many people had them as a dark horse to make a push into the playoffs this season.

They’re still not technically eliminated from that opportunity, but they would have to have a lot of things go their way to get in at this point (They’re currently seven points behind the 2nd wild-card spot). When we say things going their way, we mean the exact opposite of what happened to them in their game against the Coyotes.

Cam Ward went behind the net to play the puck and it wound up getting stuck in the holder of his skate. He then panicked because he didn’t know where the puck was and ended up skating into his own net and scoring on his own team.

With this first photo, you can see where his skate was in across the goal line and in the videos below you can see how it all went down. 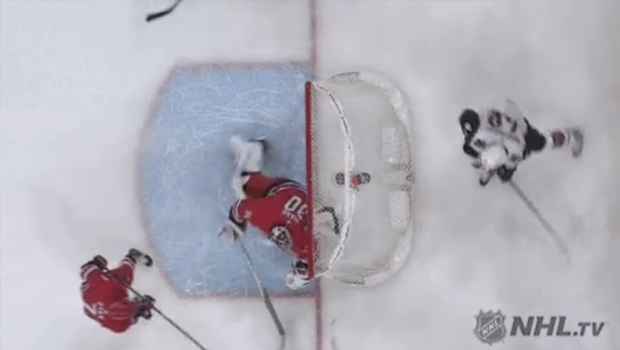 If you're wondering where the puck is, you aren't the only one. pic.twitter.com/6pEQErKIQn

As unlucky as this was, the Canes’ were still able to pull out the win against the Coyotes.

This isn’t a new thing for the Coyotes either, but this time they were on the better end of it. Their former goalie Mike Smith once had a bouncing puck land in the back of his pants and basically the exact same thing happened where when he couldn’t see the puck he went into his net to try and find it and ending up scoring on himself. 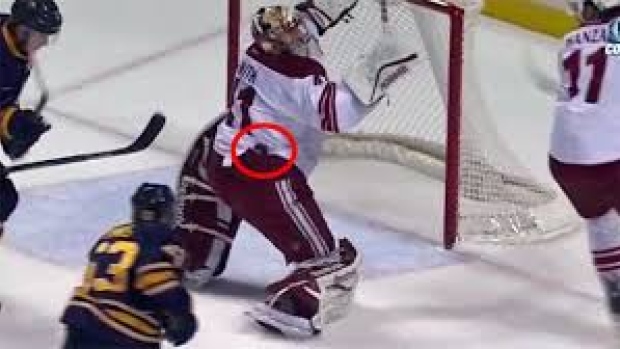