Ferraro: Matthews and McDavid making the league look like they are playing Bantam

One year ago today, a 42-year-old Zamboni driver (employed by the Maple Leafs) led the Carolina Hurricanes to one of the most memorable win of the decades.

Can you believe it’s been that long?!

It’s crazy to think the game took place just a few weeks before the NHL shut down operations due to COVID-19 in 2020 but a year later, and here we are! For crying out loud, the guy was given his own day in Carolina and the Canes don’t want you to forget that either. Not only did they release a tweet wishing their followers a happy David Ayres day, but they even went as far as changing their Twitter bio to it. That’s how big of an impact the guy’s  performance had on the organization.

A legend was born a year ago today 🐐 pic.twitter.com/YW9XLOh6Vm 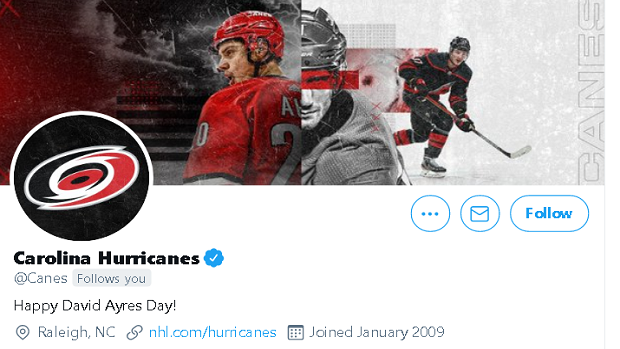 Let’s flash back for a moment. After Frederik Gauthier ROCKED Petr Mrazek (who was WAY out of his crease), Ayres was forced to enter the game wearing Kasimir Kaskisuo’s old pads. After stopping 8/10 shots and leading Carolina to a 6-3 win (while rocking a Leafs jersey under his equipment), Ayres quickly rose to fame and became remembered as the greatest EBUG of all time. Leafs fans are still salty about it to this day but hey, it’s cool!

A sampling from the first two days of the Dave Ayres Media Tour. pic.twitter.com/sLrlUrOrzY

Our guy David proved that anything, really, is possible. Good on the Canes for helping his legendary status live on!