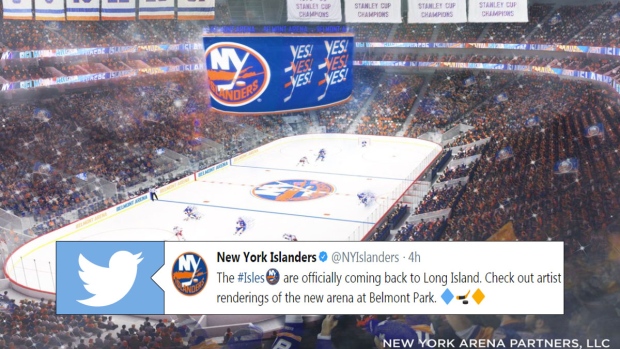 The New York Islanders franchise took a step forward on Wednesday morning when they revealed that they had officially won the Belmont Park bid over Major League Soccer's New York City FC.

The Islanders win bid and will return back home. Thoughts? 🤔

It's official! Arena Partners announced as the winning bid at Belmont Park. The #Isles are coming back to Long Island!

After officially winning the bid to return to Long Island, the Islanders organization revealed that they plan on building a brand new arena for the team and it looks like it’s going to be gorgeous based off the artist renderings the team shared on Wednesday evening.

The Islanders called Long Island home from 1972 until 2015 when they relocated to the Barclays Center in Brooklyn, but now they’re returning home and their fan base couldn’t be happier.