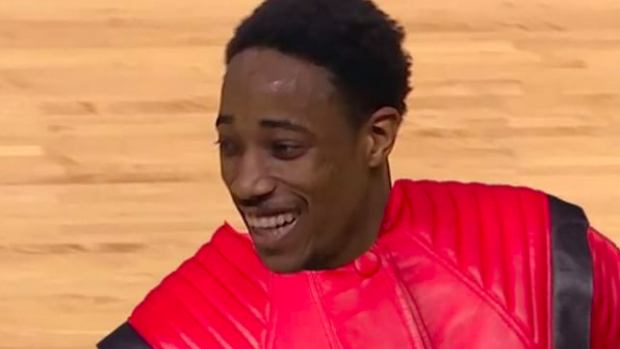 Toronto Raptors' DeMar DeRozan has been an NBA All-Star three times, but for many this year was the first year he put himself in the conversation with the best in the league.

DeRozan finished top five in scoring on the season, and proved he has the ability to carry a team in the Eastern Conference. Even when Kyle Lowry went down with injury, DeRozan put up more than one 40-point night in a stretch of games where the Raptors were able to hold serve in the standings.

So, be prepared to watch DeRozan throw down in the Playoffs.

"Shamone" has to be our favourite. Amazing.