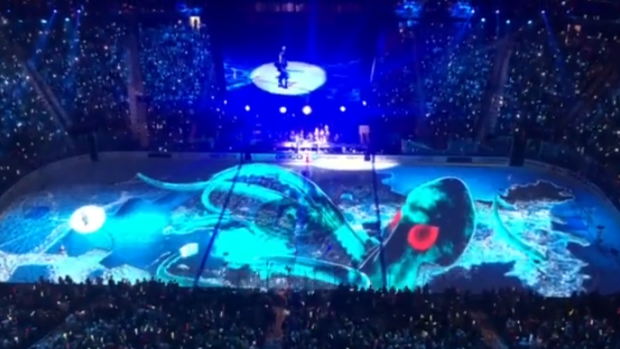 If there’s one ideology that is synonymous with Vegas, it’s the desire to do things bigger, brighter, and better than everyone else. Vegas is a theatrical place, so it makes sense that the first professional sports franchise to enter the city would be looking to make a statement.

And make a statement they did! The Vegas Golden Knights entered the NHL with a bang that only volcanos and bombs can rival. It was so big, Miley Cyrus may as well have swung into The Fortress on a wrecking ball. The Knights’ on-ice theatrics made you feel as though you somehow landed in a venue where an EDM show and Medieval Times Dinner and Tournament have collided, and the fans are as loud as the sights and sounds around them.

On Tuesday, it was the Golden Knight’s turn to welcome a team into the league. To kick off the 2021-22 season, Vegas hosted the Seattle Kraken in what was their first regular season game in franchise history. They didn’t exactly welcome them in with open arms. Instead they put together a massive theatrical production featuring the team’s real life Golden Knight – played by Lee Orchard – battling a giant Kraken animation on the ice.

Well, this is incredible pic.twitter.com/sB6y5IqAwr

That’s enough to get a rivalry started.

The Knights would go on to defeat the Kraken in a 4-3 thriller, one that didn’t come without controversy, and Seattle will instead try to pick up their franchise first W against the Nashville Predators on Thursday.