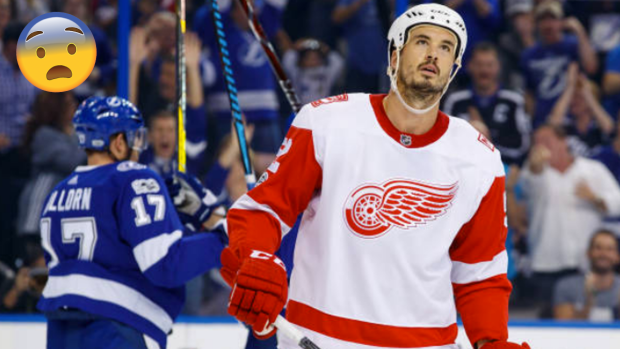 For a long time, the Detroit Red Wings were a model of consistent success in the NHL. While most teams fell victim to parity after a few years, the Wings managed to make it into the playoffs a remarkable 25 years in a row, beginning in 1989-90. It’s almost hard to believe considering just how bad of a year they’ve had in 2019-20.

The Wings are currently 15-47-5 on the year, and after selling even more assets at the deadline they’ve all but locked in a last place finish. To make matters worse, the Wings also have the hardest strength of schedule among remaining NHL games.

The Wings have 15 remaining games. Of those 15 games, only Chicago, Carolina, Florida, and Arizona are not currently in a playoff position. Saying that, the ‘Canes, Panthers, and Coyotes are still very much involved in the playoff race and will certainly be playing pretty hard to clinch.

On top of that, NINE of those 15 games come against the top 6 teams in the entire league. Boston (1st), Tampa (2nd, and the Wings need to play them three times still), St. Louis (3rd), Colorado (4th), Washington (5th, and the Wings play them twice), and Philly (6th). Toss in the 9th place Golden Knights and the 11th place Leafs and the gauntlet is complete.

According to Power Rankings Guru, the Wings have the toughest strength of schedule remaining, and it’s really not even close. The Columbus Blue Jackets are in the 2nd worse schedule position, playing an opponent with an average ranking of 13.02.

The Wings’ opponents have an average ranking of 8.25. It’s that bad.

Well, hopefully Alexis Lafreniere is in the cards for them. They could really use a break.