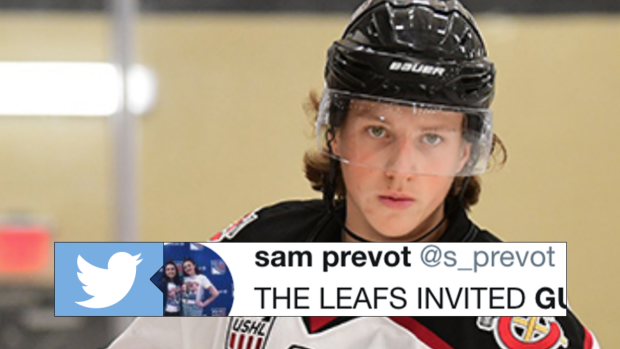 The hockey season never truly ends and although things "slow down" in the summer, they never stop.  The NHL Draft just wrapped up this past weekend in Vancouver, and free agency is on the horizon.

Before we get to free agency, however, development camps will open and on Monday, the Toronto Maple Leafs announced their development camp roster that features a name fans of any team would love to see.

Gunnarwolfe Fontaine is an actual name.  The 18-year-old recorded 43 points in the USHL last season and will be playing NCAA hockey in the 2019/20 season.

All everyone wants to talk about is his name, though, and Leafs fans were pretty pumped upon seeing it on their team's development camp roster because let's face it, it's an incredible name.

CONFIRMED: Gunnarwolfe Fontaine is the coolest name I’ve ever seen

We're not sure how Gunnarwolfe's hockey career is going to play out, but we do know that he's got a hockey name for the ages that will surely make a him a fan-favourite if he were to eventually play in the NHL.