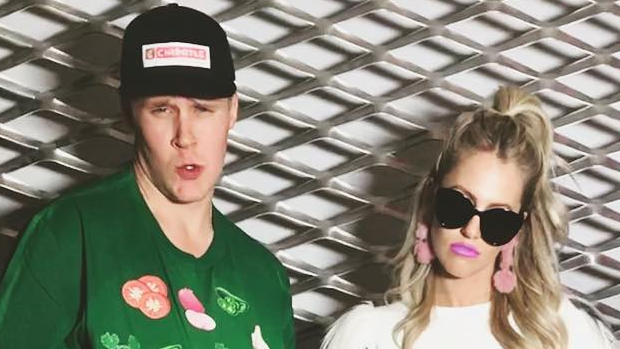 Yesterday, we wrote about the costume that could have been with Mitch Marner and Matt Martin, but was eventually vetoed.

Well, late last night we started finding out some of the costumes that replaced those ones. You may have already seen Nazem Kadri's unbelievable Bob Ross costume, but he was complimented by many other legendary get ups.

Of course, the Leafs weren't the only players to host their Halloween parties.

In the past couple of days, we've seen the Bruins, Avs, Lightning and Penguins host their parties (And post about them on social media). Today, the Vegas Golden Knights players, Vancouver Canucks players and several others shared out their costumes for the year. Here is the next batch of great costumes from around the NHL.

Hold the phone she's got a cannon!

Hold the phone she's got a cannon!

Halloween isn’t for another six days, but Golden Knights players already have the holiday spirit.

Celebrating Halloween with the boys!🎃👻