Andersson explains why he threw his silver medal over the glass

Bill Shaflucas might be one of the biggest hockey fans in Buffalo, and one of the weirdest events in hockey history fell into his lap on Friday night.

Bill is from Buffalo and had attended almost every game at the World Juniors over the last two years. The USA, was out of the gold medal game, but after missing their big win last season, he wasn’t going to miss another gold medal game, no matter which teams were playing. It was a great game, Canada won and everything was going pretty normally until the medal ceremony.

Lias Andersson was the first of the Swedish players to receive his medal and he was visibly upset. Bill watched him take his medal off and as he skated away the two made eye contact. Bill held out his hands and as all the Canadian fans watched their team celebrate a silver medal soared over the glass and fell right into his hands, uncontested.

The guy who caught the silver medal was wearing 3 jerseys 😂 pic.twitter.com/JcfbEQ8PrR

As the knowledge of this event spread, we heard from Andersson, Andersson’s father and many others. Now, we hear from the man who caught the medal, Bill – who actually waved down a Swedish trainer and gave the medal back (after snapping a few photos).

Bill posted that on Facebook the morning after the game and later explained to us why he gave it back:

He’s worked all his life for this medal and even if he doesn’t want it, his family might. If they don’t want it either, than they can still send it back to me haha. I’ll take it then.”

As for how everything worked out so perfectly – his Swedish jersey under two American jerseys – he explained that was all part of a totally unrelated joke he wanted to play on some of his Canadian friends who were at the game as well:

It was just kind of a joke I was going to play on them because while they were watching the game and I was standing behind them, I was going to switch jerseys just to mess with them a little bit.”

Bill has a lot of friends who are hockey fans and this kind gesture isn’t the first one he’s made. Last summer he was a part of a 40-person group of players that played hockey for an event called the 11-Day Power Play. The group set a world record by playing hockey (In rotating shifts) for over 250 straight hours.

It will be held from July 5-July 15, 2018 and one things for sure, at an event where everyone wins, no one will be throwing their trophies over the glass. 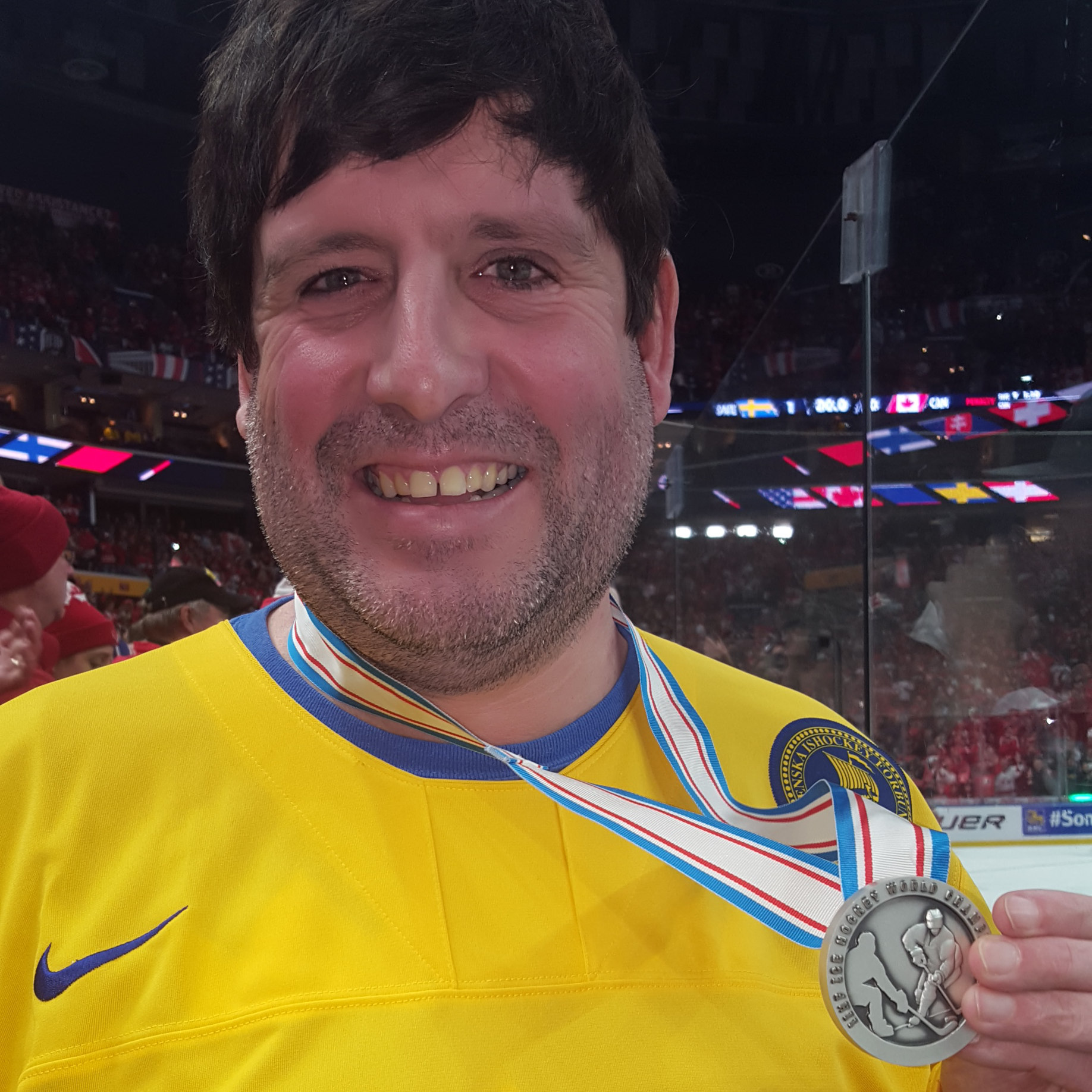