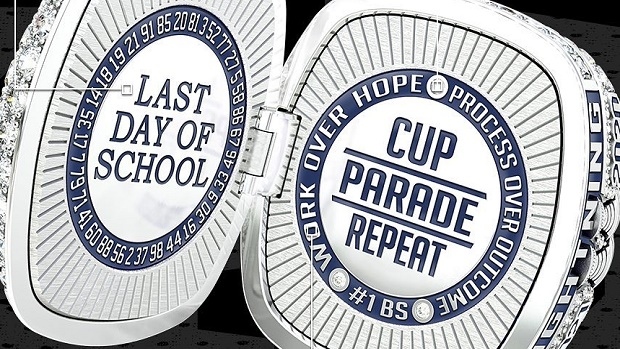 Another year, another Stanley Cup ring for the Tampa Bay Lightning.

The members of the 2020-21 Stanley Cup champion Tampa Bay Lightning received their Stanley Cup rings on Thursday night and the detail that was put into the ring is truly incredible, especially considering that they just put all that thought and work into a Stanley Cup ring just last year.

Not many people can say they’ve won the Stanley Cup before, and even fewer can say they won the Cup in back-to-back seasons, so you know the Lightning were going to make sure part of the ring was dedicated to their second consecutive championship.

Back-to-back has a nice 💍 to it. pic.twitter.com/fFfpNosnBP

Having a top that opens up seems to be a new trend when it comes to championship bling, so the Lightning used their open-top to showcase the fact they’re repeat champions and included Jon Cooper’s mantra in the locker room before Game 5 and the famous “#1 BS” line.

Their rings last year were pretty sweet, but these ones might be even better.