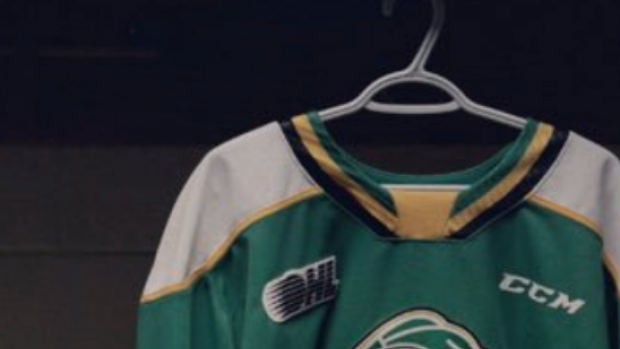 When it comes to OHL teams, the London Knights are probably one of the more well-known franchises.  Even if you don't follow the OHL, you've likely seen the iconic Knights logo and know of their rich history of NHL alumni.

Mitch Marner (@Marner93) is London's nominee for the Red Tilson Trophy - Most Outstanding Player of the Year. pic.twitter.com/mFINjp5wgi

Mitch Marner is one of many current and former NHL greats to represent the Knights and this season, the latest crop of London players will be rocking a new jersey with the new logo that was revealed earlier this month.

The jersey is a throwback to the past, the colour scheme from the 80s and 90s, along with the 2005-era logo.

We brought back the house of green! The @GoLondonKnights are an iconic brand in London, especially the 2005 Memorial Cup team. We wanted to bring back that classic palette with a few tweaks to update the look. We are looking forward to the 2019/20 season with the #NewKnight pic.twitter.com/ZInJoSqlCW

The Knights have some of the best uniforms in hockey and this one is no different.  We can't wait to see them once the players hit the ice for the 2019/20 season.