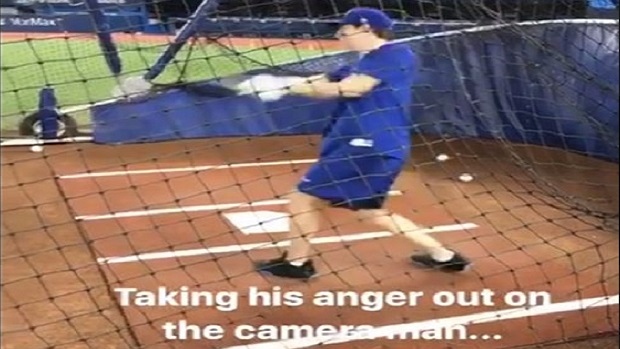 The Toronto Maple Leafs’ season came to an end last week after an incredible six-game series with the Washington Capitals and fans around the city are still talking about the exciting season from their young team.

The Maple Leafs’ offseason is officially underway, but players from the team are still hanging around the city. With the Blue Jays currently on the backend of an eight-game road trip, members of the Leafs decided to house watch for the Jays while they’re out of town.

It turns out JVR is actually an undercover shortstop by day.

This is a nice way for the team to unwind after a season that ended up being a lot more successful and exciting than anyone could have imagined.