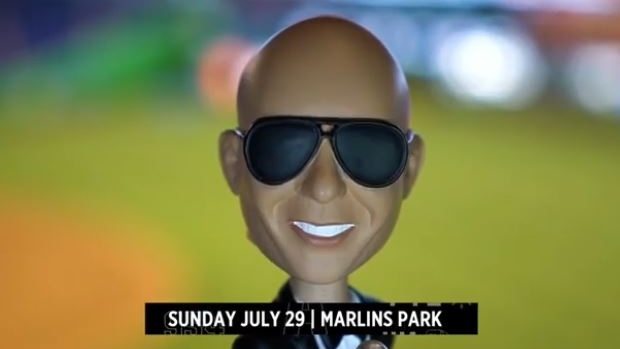 We’re starting to guess that Derek Jeter has full control of every single department within the Miami Marlins organization based on their latest game day promo.

Earlier this week, with some help from Mr. Worldwide himself also known as Pitbull, the Marlins revealed that they’ll be giving away Pitbull bobbleheads on July 29th when they host the Washington Nationals.

Celebrate 305 Day at @MarlinsPark on 7/29 and take home a bobblehead version of yours truly. Gracias @Marlins! Dale!#JustGettinStarted pic.twitter.com/Nyn2o8YVlj

Pitbull was born in Miami, Florida and has represented the city well since making waves on the international stage so perhaps this is why the team is finally giving him a special night. Either way, we don’t expect Marlins fans to rush to the stadium to grab these bobbleheads.

Celebrate 305 Day at @MarlinsPark on 7/29 and take home a bobblehead version of yours truly. Gracias @marlins! Dale! #JustGettinStarted