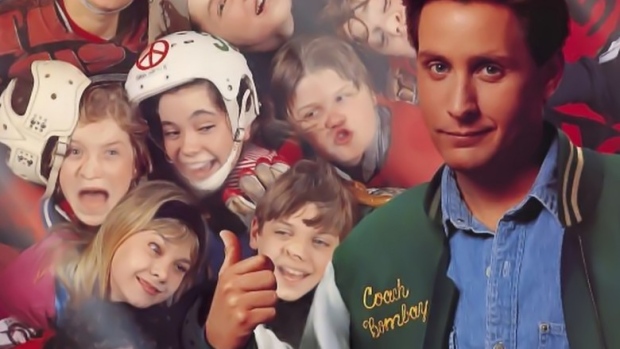 We all grew up watching Adam Banks, Charlie Conway, Gordon Bombay and the rest of the Mighty Ducks, but upon closer inspection, they are not the team we thought they were.

With the increased usage of statistics in hockey, we thought it was important to go back and evaluate some of the talent we all hold in such high regards.

We watched over five hours of Mighty Ducks footage to locate every time the team played an official ice hockey game with a coach behind the bench. Then, we recorded all shot attempts for and against the team and who was on the ice for each event. There are some obvious flaws with this data. Sometimes you see things like Banks cheering on Banks as he skates down the ice and scores.

There isn't footage of entire games and for the individual numbers you'll see below, not everybody on the ice (or a distinguishing feature) is visible at all times. As is the case with many advanced statistics, we're working with what we have.

Over the course of their existence, the Mighty Ducks had an atrocious Corsi For percentage and a sky-high PDO that carried them to most, if not all, of their wins. Through the footage we have available from the three movies, they had a total of CF% of 43.33%.

To put that in perspective, that would put them dead last in the NHL in meaningful possession for the 2015-16 season.
Luckily for Bombay, his team was able to offset their terrible Corsi numbers with an other worldly PDO. A typically high PDO usually ranges from 101-103, but over the course of the Mighty Ducks' three movies, theirs was approximately 122.0.
Here's a full summary of their total numbers and how they work out in each movie:

You did not read that wrong. The Mighty Ducks shot an absurd 83.33% over their course of their documented history.

Gordon Bombay's strategy did not help this team, they won in spite of it.

Ted Orion (Bombay's hand-picked replacement in the third movie), didn't fare much better, but at least he had the sense to put in Julie “The Cat” Gaffney – the clearly superior goaltender. That way, even despite some regression in the team's shooting percentage, the increase in save percentage still allowed the team to take home the win against the varsity squad.

Once Greg Goldberg was taken out of the crease and put on the blue line, Orion fell into the trap that so many coaches do: He fell in love with a shot blocking defenceman. Goldberg could block shots, but as you can see in the individual CF% chart below, he was an absolute liability on D.

Tommy and Tammy Duncan were only on the ice for one shot attempt, so even among all of these small sample sizes, theirs was especially small. Germaine and Reed were the only other two to come out of the trilogy as positive possession players, but it's difficult to get a true read on any of the players in Bombay's wacky system. None of the players seem to have permanent positions.

Even his famed “Flying V” formation was proven to be offside recently.

The Mighty Ducks have been fooling us all along. This data isn't score-adjusted or as indicative as expected goals, but without shot distance and angle or accurate score states, this is the best we're going to get.

Unless something significant changes, Gordon Bombay should never be considered for a coaching job again.