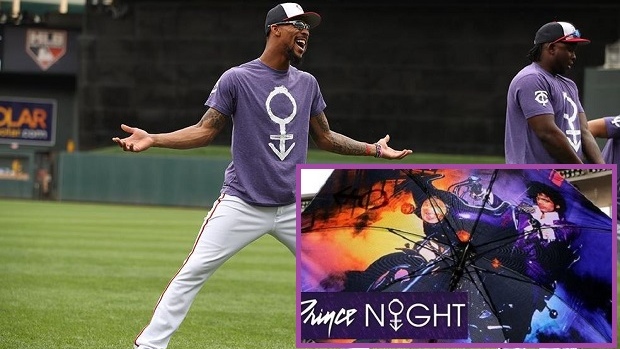 The Minnesota Twins hosted one of the best promotion nights on Friday night as they paid tribute to Prince.

The first 10,000 fans in attendance ended up receiving a Purple Rain Prince umbrella as they entered the stadium.

Join us as we celebrate the life of Prince on June 16th! twinsbaseball.com/prince

Once they arrived in the stadium, they were able to view one of Prince’s guitars that was on display, and even got to meet Shelby J., a member of Prince’s band.

As they made their way to their seats to take in batting practice, the Twins players warmed up in some special edition Prince-themed shirts.

In honor of Prince Night:

It didn’t end there, as the team paid tribute to Prince all night long.

Even though the Twins ended up losing, the team still wrapped up the night by hosting a Prince fireworks show right after the game.