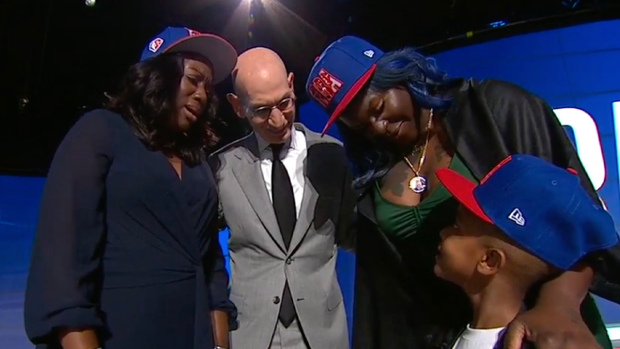 A lot of players are excited to hear their name called on draft night. One players dream was tragically cut short a few months ago after a tragic car crash ended his life.

It was a special moment to see Clarke’s family walk across the stage accept hats and hug the commissioner in honour of their son. Coach John Calipari and others were incredibly excited.

I want to take a moment to remind everyone that this would have been Terrence Clarke’s big night as well. Not a day goes by that I don’t think about him, his mom, Osmine, and their family. I can only imagine how wide that smile of his would have been hearing his name called. pic.twitter.com/2tr9gJwBWY

Thank you to Adam Silver, Mark Tatum and everyone in the @NBA office who gave Terrence’s family and all of us who loved him a special moment tonight. It shows the true heart of league and I thank you all. pic.twitter.com/ypAzKHMUgp

Entire Barclays crowd on their feet in support of Terrence Clarke’s family. Beautiful tribute for a young man gone too soon. 💙 pic.twitter.com/nngQ3Fv6Tc

Isaiah Jackson with a Terrence Clarke painting inside the Green Room at the NBA Draft. pic.twitter.com/bHGMPda8pY