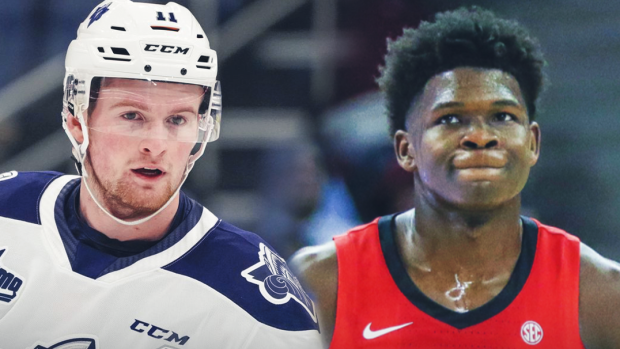 With the conclusion of the NBA Draft on Wednesday, we know who the first overall pick going to Minnesota is.

Anthony Edwards takes the honours as this year’s top draftee, and he’ll join a young Timberwolves core including Karl-Anthony Towns and D’Angelo Russell.

As the first overall pick, Edwards will sign a four-year contract of $44.2 million, with the first two years worth $20.0 miillion guaranteed.

That’s a lot of money for anyone, but just to put things in perspective, consider that amount next to the money that Alexis Lafreniere will get for being the first overall pick in last month’s NHL Draft.

Consider the living costs of Minneapolis versus New York City, and you’ve got another difference in Edwards’ favour!

Rookie contracts in the NBA are a product of the league’s overall revenue, so it makes sense that players are able to make more in basketball than in hockey. Still, you can’t say that isn’t a staggering difference in terms of dollars and cents.