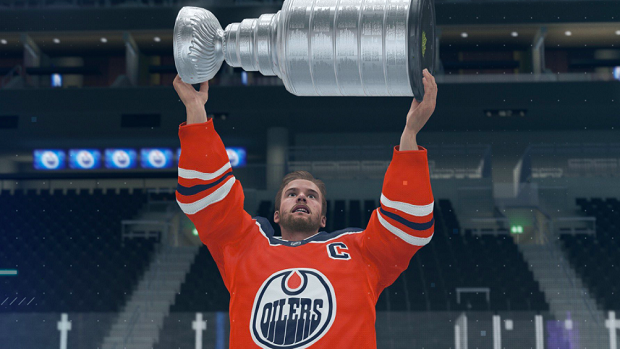 Every year the team at EA Sports does a Stanley Cup simulation to see who’s going to come out on top when it’s all said and done…according to the game.

Now that hockey is officially back the team at EA Sports has done it again and this year the simulator is predicting a Canadian team to take home hockey’s most prized possession.

The Official #NHL20 Playoff Simulation is in... 🔮

The Edmonton Oilers are your 2020 Stanley Cup Champions!

They defeated the Pittsburgh Penguins in 6 games to win the Stanley Cup! pic.twitter.com/1EDLyfaZif

That’s right, the Edmonton Oilers are going to win the 2020 Stanley Cup this year, according to the EA Sports NHL20 simulator, and they’re going to do it in six games over the Pittsburgh Penguins.

The NHL 20 sim has weighed in, with the Oilers winning it all this year 👀 thoughts?

If that actually happens it would be pretty awesome for the team and the city since the Stanley Cup Final is set to take place in Edmonton. However, last year the simulation predicted the Toronto Maple Leafs making a run for Lord Stanley, so these things aren’t always accurate.