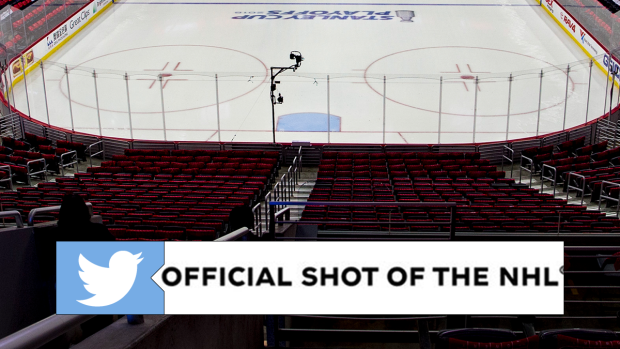 Jaromir Jagr might be the most well-liked hockey player of all time and it truly pains us that this opportunity didn’t come while he was still playing in the NHL.

This has been a Halloween costume for hockey fans all over the world since the ‘90s and now the NHL is finally capitalizing on the Jagr-Jagermeister connection. We’re pretty sure it’s totally unnecessary and has never existed before, but there is now an “Official Shot of the NHL” and Jager is it.

They really should have done this while Jagr was still playing... pic.twitter.com/8kTbpgR159

It would have been a truly perfect moment for Jagr to be in the NHL, but they are just a year too late. They could have even brought out some special jerseys for Jagrbomb night.

Hey @68Jagr we got room on our squad for one more beauty. We'll throw in 48 original 16 as a bonus #wereonaeinningstreak #jagrbombs #sasky pic.twitter.com/BOBdWA6Uly

Swing and a miss.