Oilers still very confident they can make a run

There’s a chance that Edmonton Oilers goaltender Cam Talbot could be heading East ahead of February 25’s trade deadline.

On Thursday morning, TSN Insider Darren Dreger reported that the Oilers are in “trade discussions” with the Philadelphia flyers involving the netminder. Dreger noted that the talks could be preliminary, but that the teams are “definitely talking”.

After a rough start to the season, Philly has been dominant under the guidance of new head coach Scott Gordon. The Flyers are 8-1-1 in their last 10 but the key to their turnaround has come from rookie goaltender Carter Hart, who became the fourth goalie in NHL history to record a win streak of seven or more games before his 21st birthday. Now it looks like his team is looking to provide a veteran presence for him on the bench.

Carter Hart has been on 🔥 as of late.

The 2018-19 season has been one to forget for Talbot. The 31-year-old has posted a woeful 10-15-3 record in 31 starts to go along with a 3.36 goals against average and .893 save percentage. The Oilers have allowed the sixth most goals against this season with 187 and the recent three year, $13.5 million extension handed to 30-year-old Mikko Koskinen has led many to believe Talbot will be gone sooner than later. 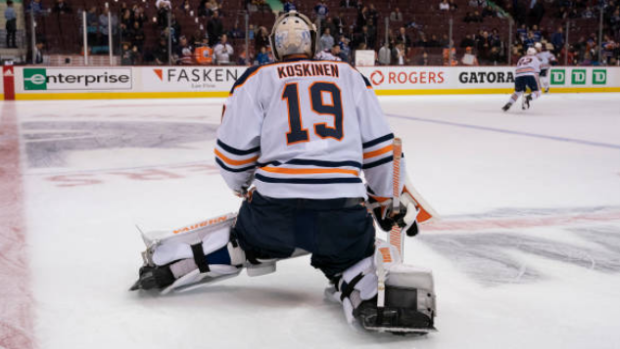 After picking up 42 wins in the 2016-17 campaign, Talbot has just 41 since in two seasons. He’ll be one of the bigger names to keep an eye on as the trade deadline approaches.