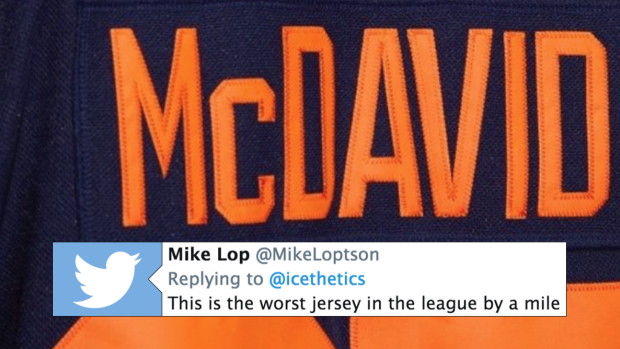 Tis' the season for jersey leaks and next on the list is the Edmonton Oilers.  Last season, NHL teams brought back third jerseys, but the Oilers were one of the few teams not to unveil one.

If this leak is correct, not only was the team beaten to the punch on revealing their third jersey for the upcoming season, but they may want to rethink the entire sweater completely.

Take a closer look at the leaked #Oilers third jersey. Some new high-res images have leaked with new details including name/number treatment.

We'll save our opinion until the jersey is officially revealed, but in the meantime, check out how fans have responded on Twitter:

Probably an unpopular opinion, but I dig it. Excited for the what the full uniform looks like.

God those are bad. Go back to the good ones

The only thing I like is the lacing, other than that.....barf.

Don’t you mean by a kilometer? Lol

Oh no baby what is you doin?