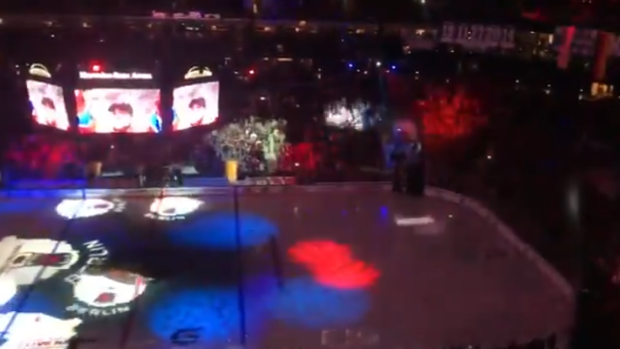 When the Vegas Golden Knights came into the NHL and gave the league its first really big taste of showmanship, glitz, and glam - it kind of shook the whole hockey scene.

While we thought they invented this game, apparently, hockey overseas is also a big fan of a little pizzazz in a pregame show - and by a little pizzazz, we mean a lot of pizzazz.

This is how we do preseason hockey in Vegas

The Chicago Blackhawks traveled to Germany to kick off the NHL Global series, where they’re playing Eisbaren Berlin in their final preseason tilt, and will start their regular season on Friday against the Flyers in Prague.

Today, when they took to the ice against Berlin, they were greeted by a completely fantastic show in the rink.

Welcome to hockey in Berlin pic.twitter.com/xv4TAz8v1C