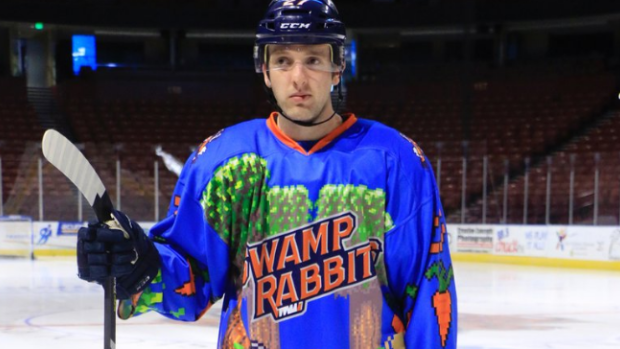 Hockey jerseys for special theme nights are always incredible because they are usually unlike anything we've ever seen before.

The most common theme nights involve Star Wars and Christmas, and as good as the jerseys for those occasions are, they might not be as good as sweaters worn for 'Video Game Night."

Yes, that's a thing and the New York Rangers' ECHL affiliate will be rocking this spectacular sweaters for the occasion.

Can you feel that 80s and 90s nostalgia in the air?

Seeing these jerseys made us wonder what other video game themed jerseys were out there, so here are some of the better ones we found.