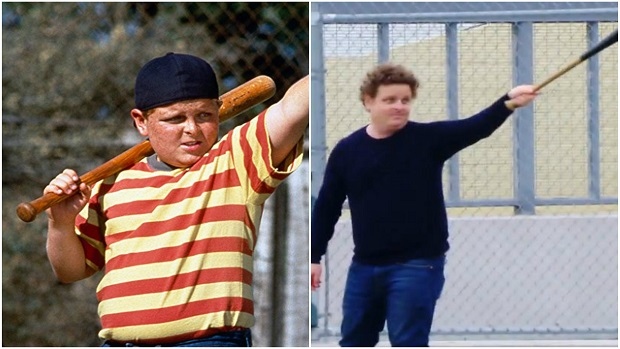 A lot of great baseball movies have been made over the years, but one of the greatest baseball-themed movies to this day is The Sandlot. Released 25 years ago, the movie take place over the summer of 1962 and tells the story of a group of friends who have a passion for baseball, but also make some mischief along the way.

With this year marking a special anniversary for the film, eight of the nine original cast members reunited on Thursday and posed for an updated team photo.

The gang was on TODAY to reflect on their memories from making the movie, share what their life has been like ever since, and even tossed the ball around again like the good ol’ days.

The only person missing from the reunion was Benny “The Jet” Rodriguez, also known as Mike Vitar, so NBC correspondent Gadi Schwartz filled in for him for the day.

The movie is still adored by baseball fans of all ages to this day and we’ve even seen some MLB teams reenact their favourite scenes from the movie over the years.