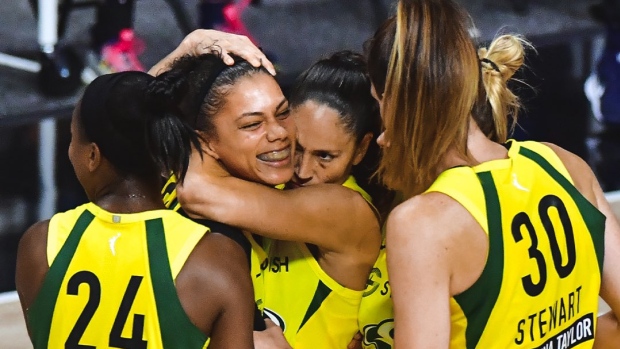 It took them until the final buzzer, but the Seattle Storm were able to take Game 1 against the Minnesota Lynx and it was all thanks to Alysha Clark putting in the effort right up to the end.

With the game tied as the final seconds ticked off, Clark was able to clean up Sami Whitcomb's missed layup and win it for the Storm. This is why you don’t stop working until the buzzer sounds!

Alysha Clark does the dirty work and wins it at time expires!

Considering that the Storm played Game 1 after it was initially pushed back from Sunday’s scheduled start date due to inconclusive COVID-19 tests, this one was definitely worth the wait with the action going down to the wire.

Clark has started just about every Storm game dating back to the 2014 season, and she played a big role in their 2018 WNBA championship run. Of course, they have similar ambitions this year after a strong regular season, and if they can get past the Lynx, they’ll be right back in the WNBA Finals.

Sue Bird’s reaction just about says it all.