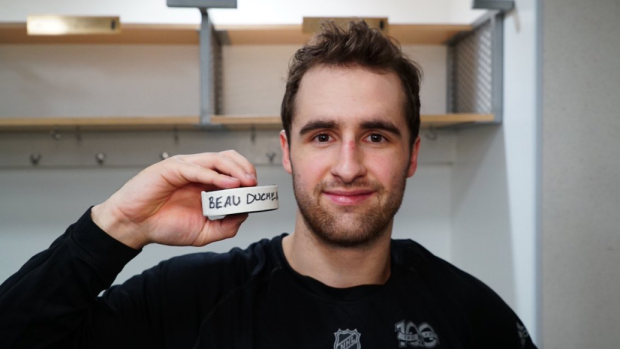 On Wednesday night, the Ottawa Senators were in Anaheim to take on the Ducks and they were without their second-leading scorer, Matt Duchene.

The former Av was at the hospital with his wife awaiting the birth of their first child, Beau David Newell, who was born at 4:58pm.  Later on in the night, the Senators defeated the Ducks in overtime and after the game, they gave the game puck from the winner to Duchene's son.

What a wonderful gesture from Duchene's teammates.  What's also wonderful is that everyone in the Duchene family is healthy and by the looks of it, Beau got his first taste of hockey, too.