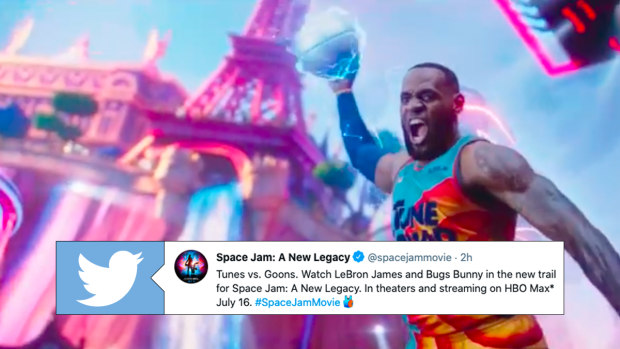 The original Space Jam will always be one of our favourite movies of all time, so when the word came out that we’d be getting a Space Jam 2 on July 16th starring LeBron James, we were absolutely over the moon about it.

Everything about the movie has been pretty hush hush thus far, and we didn’t know many details about what the film was going to look like...

This morning, the movie’s Twitter account released the Space Jam 2 trailer, and it’s everything we hoped for and more.

Tunes vs. Goons. Watch LeBron James and Bugs Bunny in the new trailer for Space Jam: A New Legacy. In theaters and streaming on HBO Max* – July 16. #SpaceJamMovie pic.twitter.com/7KOEPJP06i

How epic does that look?! Not only that, but there’s definitely reference to some real-life NBA moments that exist in the film.

We can’t WAIT for July 16th to see this movie in all its glory.