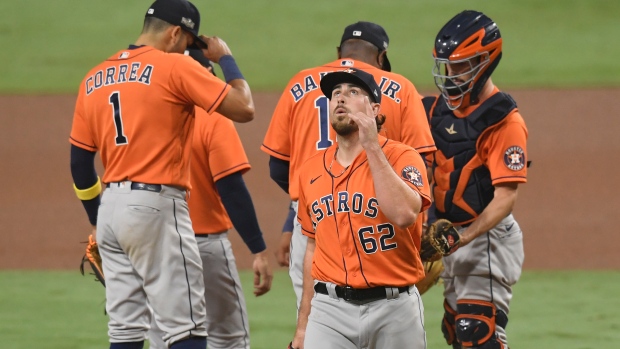 The Tampa Bay Rays have clinched their berth in the World Series, but that isn’t all.

No, because this one came against the Houston Astros in the aftermath of their highly controversial cheating scandal, you had more baseball fans than ever rooting against one specific team, and they got their wish with the Astros falling a win short of reaching the World Series after getting the boot in Game 7 from the Rays.

This was a big one for the internet. It’s been a long time since we’ve seen sports fans in unison like this, but it seems like a common enemy has brought everyone together, and as a result, the jokes have never been better.

Just a bit of sports schadenfreude for you!

the astros losing has really united our country

The Pope approves of the Astros’ elimination. #Postseason pic.twitter.com/yV3ibnFJrl

twitter now that the Astros have been eliminated pic.twitter.com/IPXEjDsJ5I

There should be a huge asterisk next to the Ray's AL championship.
The Astros didn't have their best player.#MLB#cheaters pic.twitter.com/OgCBMrkY7k

When you hear the Astros were eliminated. pic.twitter.com/m4RDkz8IDV

The world without the Astros pic.twitter.com/gK4DvRyzuA

The world after the Astros are eliminated pic.twitter.com/QoVu6hVBGH