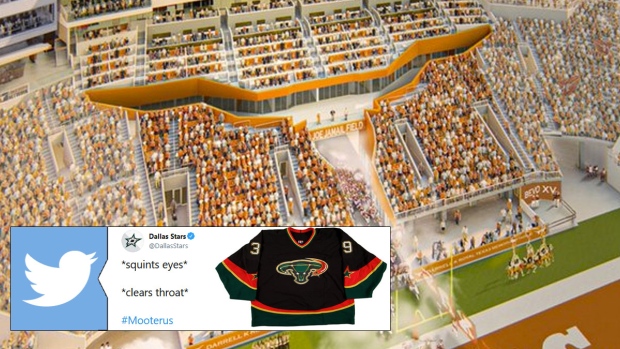 The early 2000’s was a wild time for alternate jerseys in the NHL as teams attempted to think outside the box and designed jerseys that got a lot of mixed reviews.

If there’s one jersey that’s received a lot of mixed reviews over the past 16 years since it first came into existence in 2003 are the Dallas Stars’ alternate jersey known throughout the league as the ‘Mooterus’ jersey. 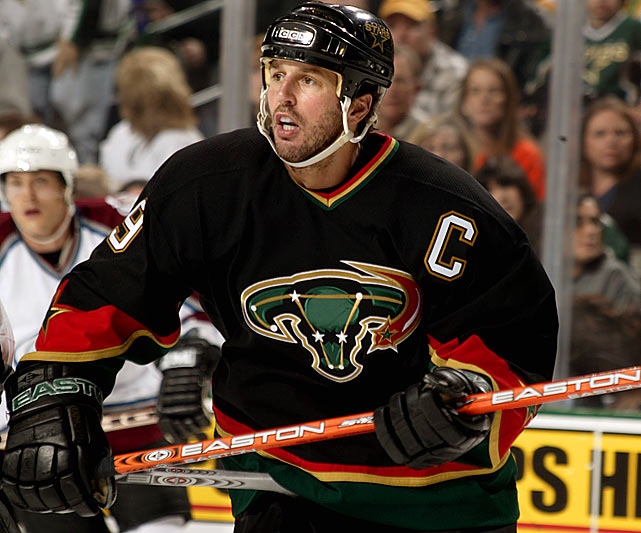 This week, an artist rendering of the new south end zone project at Darrell K Royal - Texas Memorial Stadium was released and one of the shots led to a lot of jokes due to the design, including one made by Longhorns beat writer Brian Davis.

Found this new artist rendering with an overhead view of the new south end zone project at DKR-TMS. Now I'm starting to get what the "Longhorn patio" looks like. pic.twitter.com/NgOVPiXDMa

The Stars’ social media team became the heroes we didn’t know we needed with their response to Davis’ tweet.

Of course, since the team mentioned the Mooterus it led to a lot of responses from Stars fans demanding they bring it back.

BRING IT BACK COWARDS

The jerseys were around from 2003-06 and we know one person who’s certainly into the design.