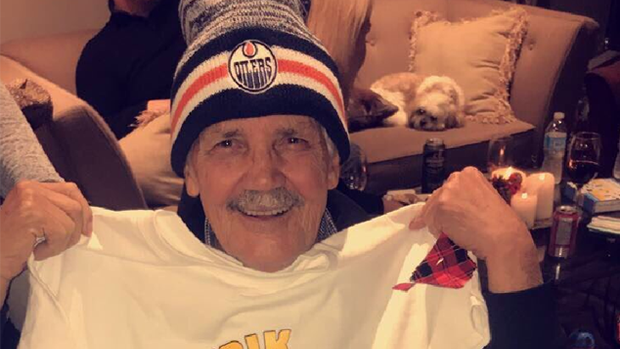 Dylan, Ryan and Matthew Strome are in a unique position in the NHL that not many have had before them and so are their grandparents.

Matthew Strome was drafted in the 2017 NHL draft, so the family officially has three brothers drafted to the NHL. Only 29 other families have had this happen, including some active players like the Staals, Reinharts, McGinns and Subbans.

This is family’s first Christmas since Matthew was drafted and the brother got their grandparents some special gifts to commemorate the achievement.

It doesn’t get much better than that as a grandparent, that has to be one of their proudest moments.

There were plenty of lovely family moments between families across all sports, but it’s hard to top Pavin Smith’s (Arizona Diamondbacks first round pick) generous gift of paying off his parents’ mortgage with his signing bonus.

Thank you for everything you have done for me! This doesn’t make up for any of it. Love you both so much. Our home is finally all YOURS. Merry Christmas! pic.twitter.com/h9wog2HfHv