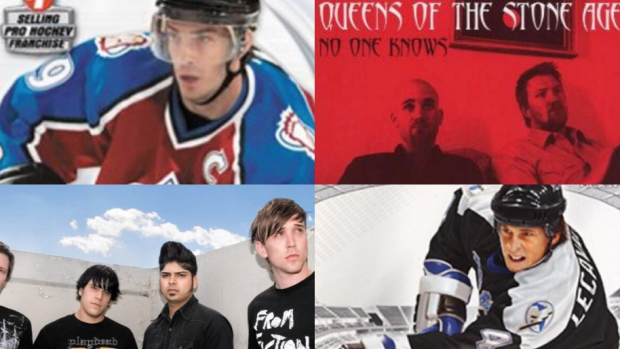 There are two things we get excited for before a sports video game is actually released. The first is finding out who the cover athlete will be, and the second is finding out what songs are going to be in the game.

For NHL 18, we know who who will be on the cover as it was announced at the NHL awards in June.


We don't know, however, the music we'll be hearing. With that in mind, we thought we would take it upon ourselves to create the ultimate EA Sports NHL video game soundtrack featuring three songs from every game since NHL 2003, the first year EA Trax was introduced.

The reason for the choice of three songs, we wanted to stay true to hockey's roots by using a 3-Star format. Enjoy!

1st Star - Billy Talent, "Red Flag"
2nd Star - Fall Out Boy, "Our Lawyer Made Us Change The Name Of This Song So We Wouldn't Get Sued"
3rd Star - Avenged Sevenfold, "Bat Country"

And, for your listening pleasure the next time you play an NHL video game, here's a playlist with all of these songs.