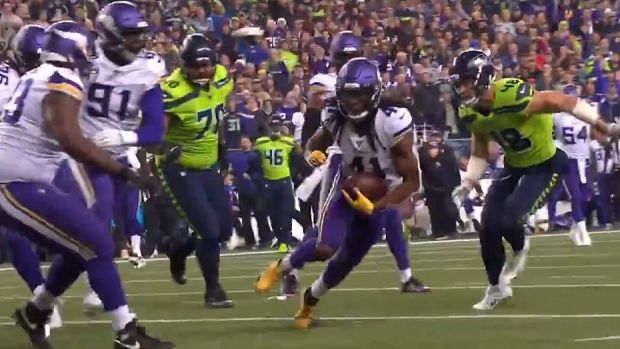 We've seen a lot of crazy things in football this season alone, so we're well aware that we've used the words 'wildest' and 'craziest' a lot thus far already.

We also know, however, that this one is definitely worthwhile of both those terms.

In tonight's Monday night tilt that features the Vikings and the Seahawks, Vikings' safety Anthony Harris swooped in after a series of volleyball-like bounces off of a Russell Wilson pass to complete one of the most jaw-dropping and head-scratching Pick-6s we've ever seen.

One of the craziest Pick-6s you’ll ever see.

Anthony Harris to the 🏠 for 6️⃣! @HOOSDatDude #SKOL