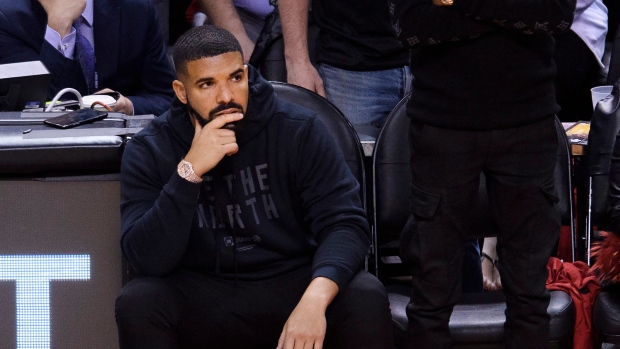 It works out pretty conveniently for opponents of the Toronto Raptors that they already have ready-made responses to Drake and his sideline antics, thanks to the rapper’s longstanding beef with Pusha T.

Before Game 3, the Warriors were bumping “The Story of Adidon” at Oracle Arena, in which he infamously alleged that Drake was “hiding a child” — and we’ll note that to this day, Drake never responded to this track!

It’s pretty funny, but we wonder what kind of shenanigans that Drake will respond to this with. Because where it involves Drake, you know there are going to be shenanigans.

They really haven’t let this guy forget about this beef, though. Mallory Edens, daughter of Bucks owner Wes Edens, even wore a Pusha T shirt courtside during the Eastern Conference Finals. How did that series end again?

@champagnepapi fires back at Bucks owner’s daughter Mallory Edens, who wore a Pusha T shirt to the game tonight 😂