Having your name engraved on the Stanley Cup is pretty much every young hockey player’s dream. But for Washington Capitals goalie coach and player development coach Olaf Kolzig, things didn’t go quite as planned.

Months after capturing Hockey’s ultimate prize, the Capitals finally posted a photo with their players/staff names on the trophy, however, there was a glaring mistake that hasn’t gone unnoticed. Kolzig’s first name was spelt ‘Olif’ instead of Olaf. His name can be seen on the ninth row down from the top.

Okay, so it was a small error, but it sucks that it had to happen to an individual so dear to the organization. Before hanging up his skates, Kolzig essentially spent his entire year with the Capitals, leading them to a Stanley Cup appearance in 1998 and capturing a Vezina Trophy in 2000. No Capitals player has worn his number 37 since he called it a career in 2009. 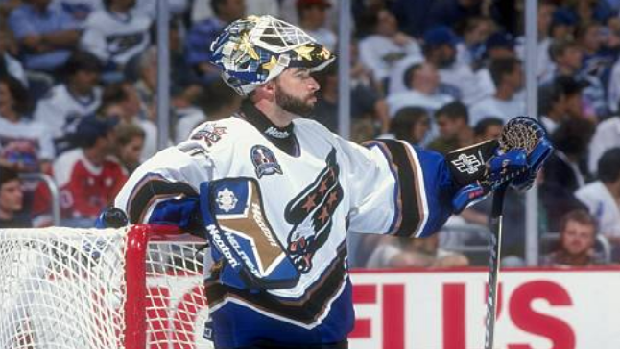 On the bright side, it’s nice to see that Ovechkin guy’s name finally etched on the mug.

The first etching of a new band on Lord Stanley. Fitting that Ovechkin goes on the Cup as Rocket Richard comes off. #Caps pic.twitter.com/OSOm2Kfwv8