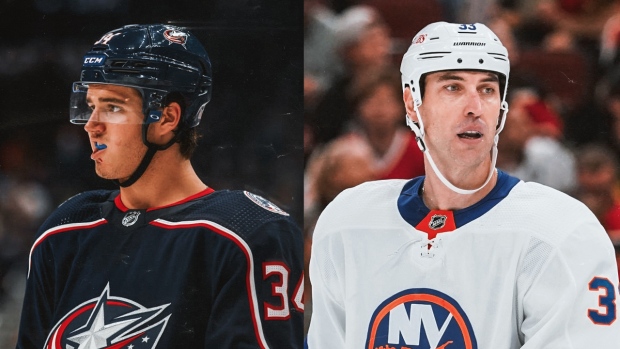 Well, it’s not every night you’ll see this in the NHL!

As the New York Islanders are on the road to take on the Columbus Blue Jackets, a pretty unique stat was picked up as the youngest active player in the league will be facing the oldest!

The youngest and oldest players in the League are facing off tonight 😄 pic.twitter.com/Qbm0gUJxBU

Blue Jackets rookie Cole Sillinger made his debut just this past week at the age of 18 and is now facing none other than Zdeno Chara, who is the oldest active player in the league at the age of 44.

The 2021 draft pick is the youngest in the league, with Mason McTavish being the only other 18-year-old in the league.

Drafted in 1996 by his current team, Chara is the eldest by two years, with Joe Thornton following behind him!

And what's even crazier? Sillinger's father, Mike Sillinger played against Chara 14 years ago!

How cool is that to see, one of the greatest to play the game to face off with the next generation!