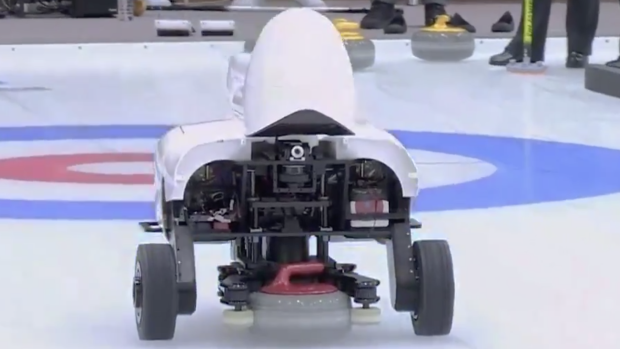 Robots are real and they're going to take over the world sooner than anyone expects.  For now, though, they'll just beat us in curling and we'll all act like it's cool and not totally terrifying.

Seriously though, that's one of the coolest things we've ever seen and we'd love to take on 'Curly' and show that robot that anything it can curl, we can curl better.

Learning how to throw a stone in curling with the BarDown team 😂💪 pic.twitter.com/TAGFla9Z0Q

Check out 2019 Scotties Tournament of Hearts action across TSN pic.twitter.com/EnOoq7icHa