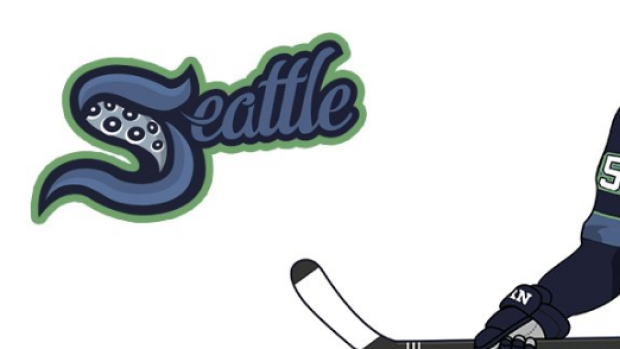 Hockey fans in Seattle have made it known over the past couple of days that they want an NHL team to call their own.

32,000 Deposits.
They will be sold until 5pm, then site will go to waiting list.

People who don’t get a chance at Season Tickets, will be given preferential treatment to partial season packages, single game tickets.#Seattle @KING5Seattle #NHL

Season ticket sales have been through the roof despite the fact that there is no guarantee that Seattle will get a team and the potential team doesn't even have a name yet.

8 of the best team name suggestions from the hockey world for a Seattle NHL team. MORE @ https://t.co/pFPHu0vJ9O pic.twitter.com/rY27zBmofB

One of the name suggestions that seems to be the most popular (and that's been registered by group behind the renovations of Seattle's KeyArena) is the Seattle Kraken.

The menacing sea monster would be a really cool team name and in case you're wondering what potential concept jerseys would look like for the Kraken, we've got you covered thanks to a hockey fan and graphic designer by the name of Christian Legault.

The jersey design looks amazing, the logo is simple and it incorporates the Kraken and the Space Needle.

What do you think of these concept jerseys?  Let us know by tweeting us @BarDown and if you don't like them, share your designs with us and they'll be featured in a post.