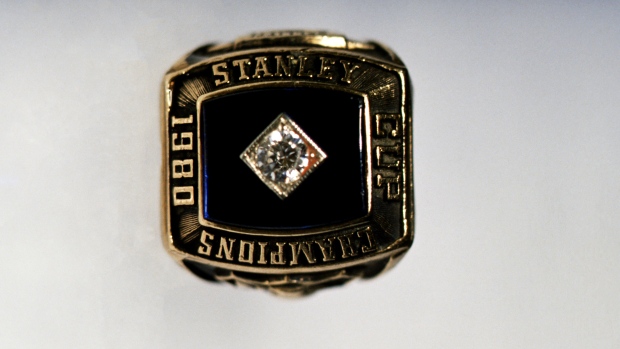 Earlier this month, the Pittsburgh Penguins were given their rings to commemorate their win in the 2016-17 Stanley Cup Finals.

One of the coolest details that fans noticed on the Penguins' cup rings was the engraving of the number 5 into the eye of the team's logo.  Oh, and also how nearly every part of the ring was covered in diamonds.

Championship rings have always been rather opulent pieces of jewelry, but each year designs somehow seem to get bigger and even more packed with diamonds, as well as a number of other precious stones. Much like traditionally styled class rings, Stanley Cup rings from the past could conceivably be worn on an everyday basis. But the rings of the today? Sure, athletes can wear them every now and then, but if someone were to wear it seven days a week, it would be difficult to not come off as at least a little ostentatious.

Here's a look at Stanley Cup rings from the past and present. In the end a Stanley Cup ring is the mark of a champion, and anyone who has earned one should be proud to wear it. Even if modern championship rings look like lavish artifacts that Indiana Jones would yell "it belongs in a museum" at.