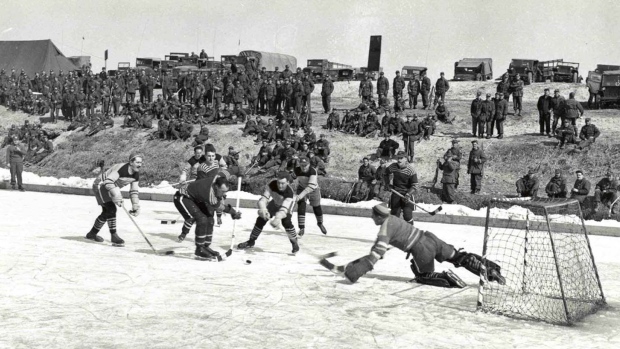 They say a picture says a 1000 words, but what about old black and white hockey photos that show the progression of the sport and its equipment over the last hundred years?

The other day, we shared this vintage throwback picture of a group of women playing against eachother from the early 1900’s.

The photo appeared on a postcard and supposedly was taken somewhere in Toronto, according to Reddit Hockey.

This vintage post card from 1909 featuring a #Toronto women's hockey team is pretty cool. . (📷Via: Reddit/Hockey)

Reddit User u/LalalallalallaBOOM, who shared the photo above, has found another gem.

The photo is features a group of Canadian soliders playing a little puck on the frozen Imjingang River during the Korean War in 1952.

No slapshots allowed! Imagine being a spectator standing behind the boards, only to receive a clap bomb right in the noggin’ in frigid temperatures. Not ideal.

So, how did they decide teams? Did they do it the old fashion way by throwing sticks in the middle of the ice, or was it purely done by military ranking? Well, we have an answer for you, and some more context on the game.

Thanks to the website RareHistoricalPhotos.com, the Canadian soldiers were helping the U.N. forces defend the South Korea from the communist forces at the time. Not far away from the game was an on going battle between the U.S. military and the North.

Here are some more fascinating photos from match, where the 3rd Battalion Princess Patricias beat the 1st Battalion of the Royal 22e Regiment 4-2! 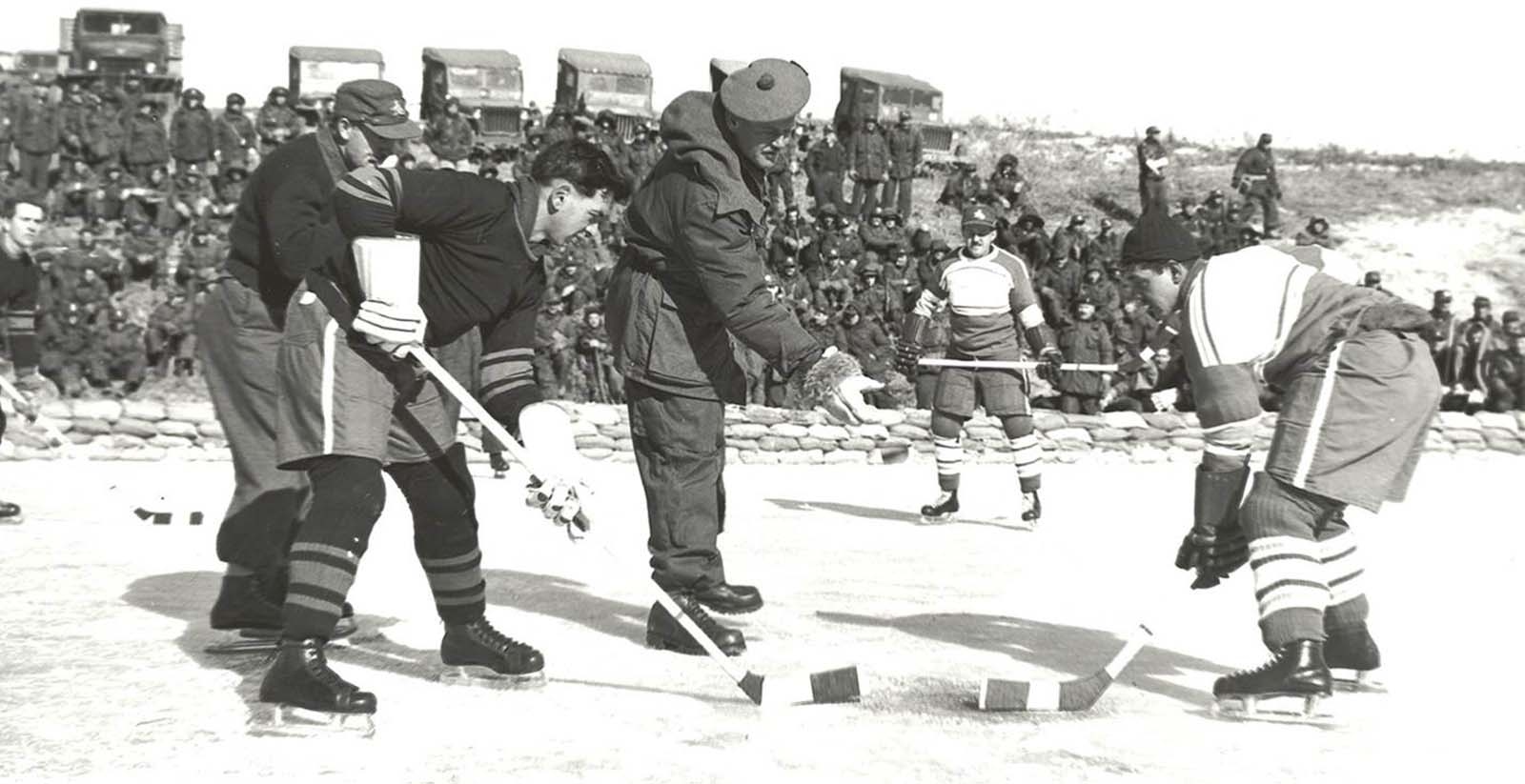 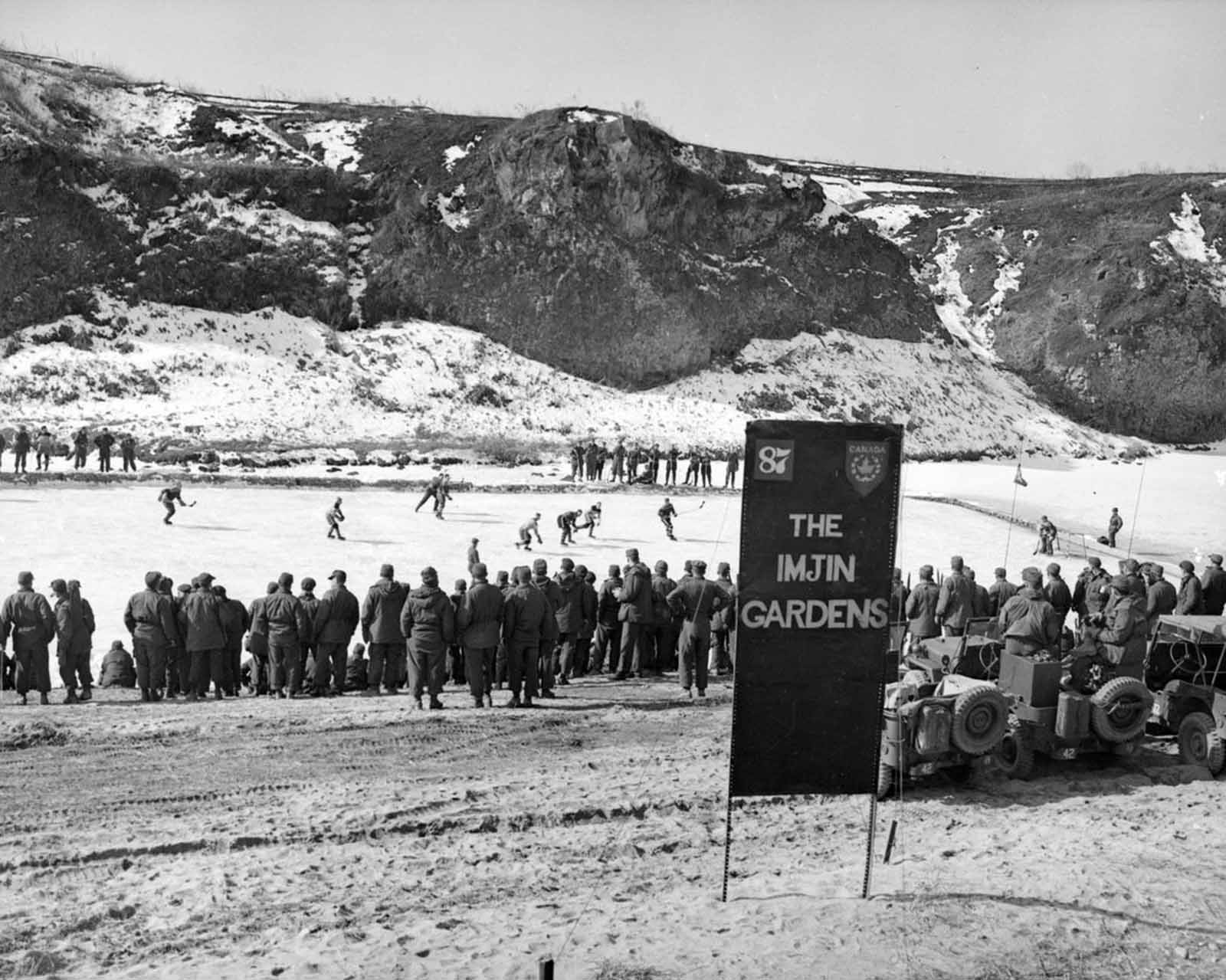 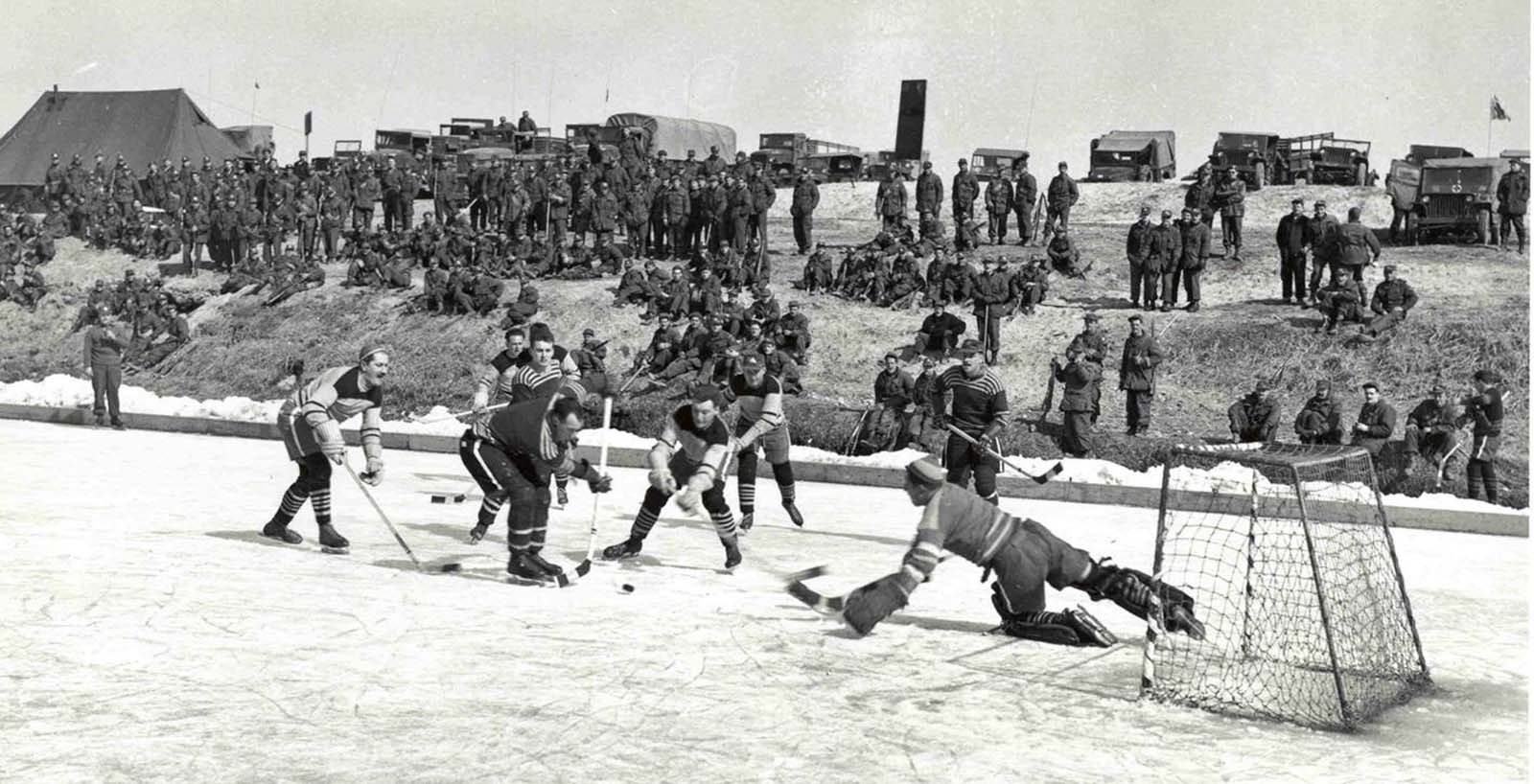 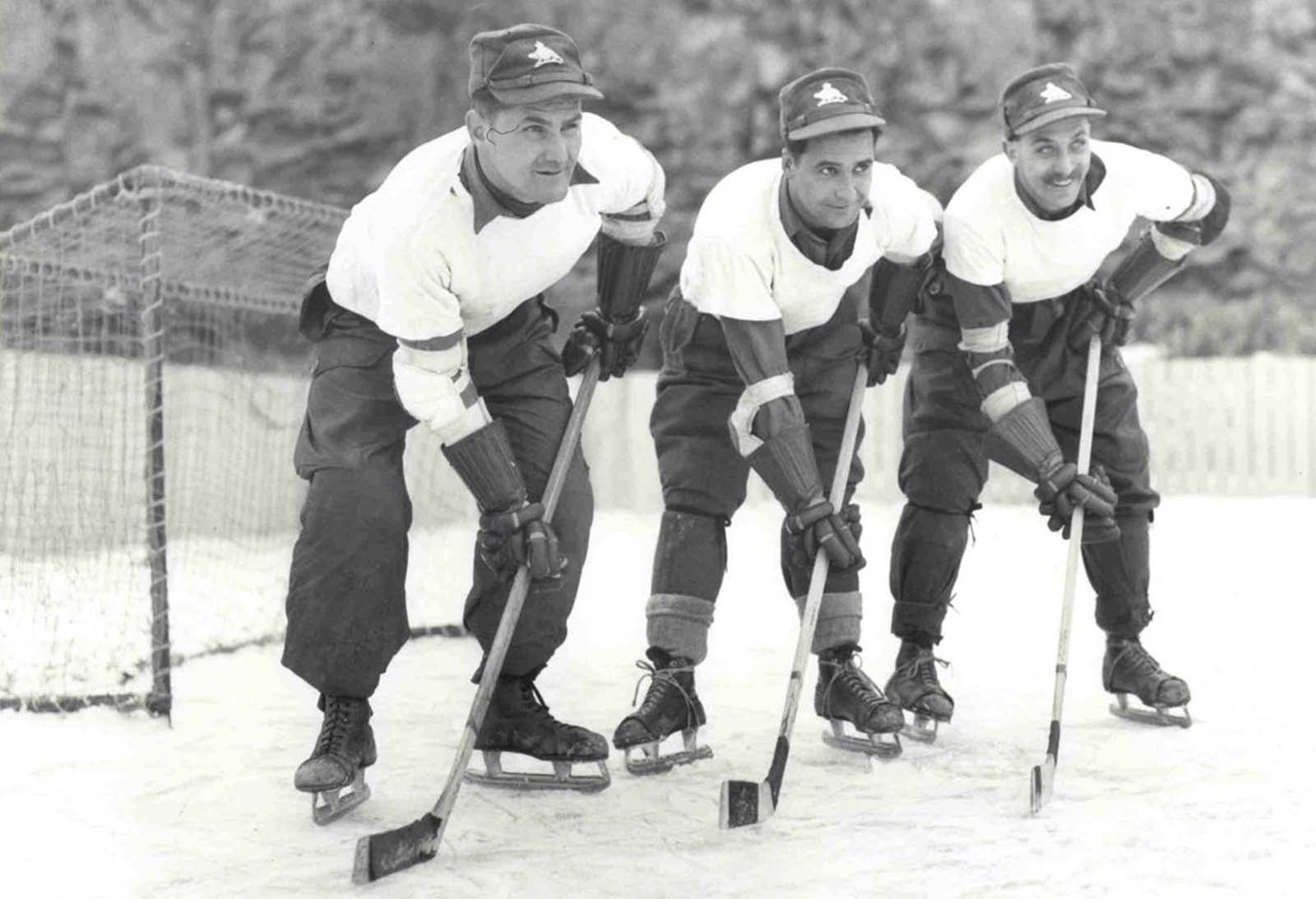 It’s pretty incredible to see a group of soldiers come together to play the simple game of hockey in such a tumultuous atmosphere.

Considering all the deadly encounters those soldiers saw on the daily, a little game of hockey would’ve gone a long way in helping ease the soldier’s minds away from war, even if it was temporarily.

Did they just decide to bring their skates overseas, or what?