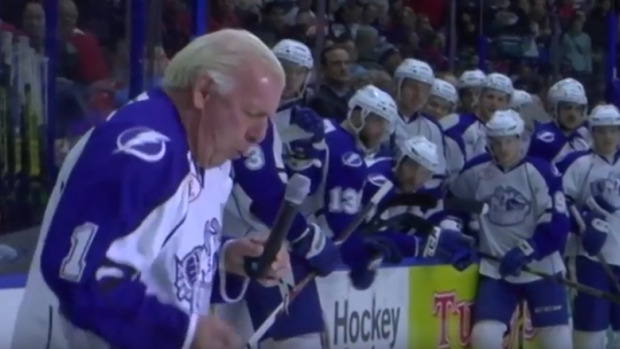 One year after a scary health scare, wrestling icon Ric Flair is back to stylin and profilin’.

The 69-year-old needed surgery last summer and was forced into a medically-induced coma in which he needed a  portion of his bowel removed after doctors initially thought there was some sort of intestinal blockage.

Throughout his wrestling career, Flair was never one to back down from having a good time in the spotlight, but it eventually got the best of him, as his alcohol dependency was directly linked to his health issues. But, like many times inside the ring, the 16-time world champion cheated the scare by refusing to stay down and managed to fight off his addiction by seeking proper help.

Regarded as one of the most recognizable faces in wrestling and now sport, it comes as no surprise that the “Nature Boy" has an abundance of fans outside the sport of wrestling as well. His signature trademark “Whoooo!” has not only become a staple saying for wrestling fans, but it’s also a common soundbite for goal celebrations or as a promotional stunt to hype up fans inside an arena.

One beer league hockey team has taken their appreciation of Flair to a whole other level by naming their team the Nature Boys. Thanks to Reddit user “Himynameisart,” who shared this jersey below with Reddit Hockey, his team decided to name their team in honour of Flair with by having Flair’s face and signature point as their logo.

Can you imagine when they score? The other team will probably despise Flair if they pile on the goals with the Woooo chants becoming endless.

If only they could manage to recruit Vancouver Canucks 2018 2nd-round pick Jett Woo for their team.

You can imagine what the Moose Jaw Warriors’ fans yell whenever Woo finds the back of the net.

It’s great to see Flair get his health back on the right path. We could only imagine Flair lacing up a pair skates and joining the Nature Boys for a game or two. After all, he’s the self-proclaimed “dirtiest player in the game,” making him a perfect beer league grinder that would have no problem of mucking it up in the corners and protecting his teammates.