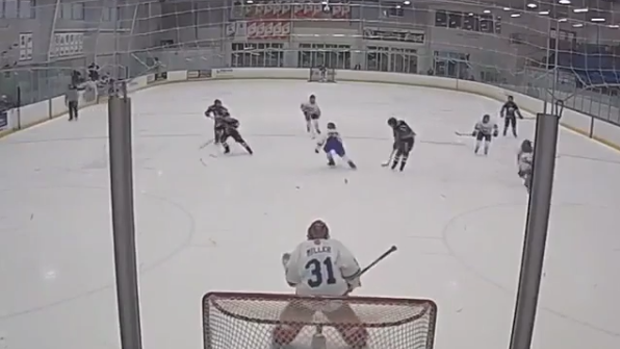 Everybody who plays hockey or sports in general always has that one goal or moment that they look back on as the highlight of their career, but nowadays, some people are lucky enough to get it on camera.

12-year-old Lucas Karmiris plays for the Brantford 99ers Major Peewee AAA team and we’re pretty sure he just scored a goal he’ll remember forever. Who knows, maybe he’ll go onto play in the NHL and have plenty more highlights where that came from, but for most hockey players, this is the goal of a lifetime – and it was on camera.

He weaves around one defender, toe drags another, windmills another and leaves the goalie on the ground while he roofs it and flies through the air like Bobby Orr. Oh and to the people in the comments saying someone should have laid the body, two things:

Just appreciate the goal and go back to wishing someone caught yours on camera. And if someone did get it on camera, let us know @BarDown.

Or, you could send us your worst moment too…

A #PatrikStefan-like empty net miss, but with a face-first crash into the boards 😂 There’s an alternate angle @bardown . (🎥: @519sportsonline)