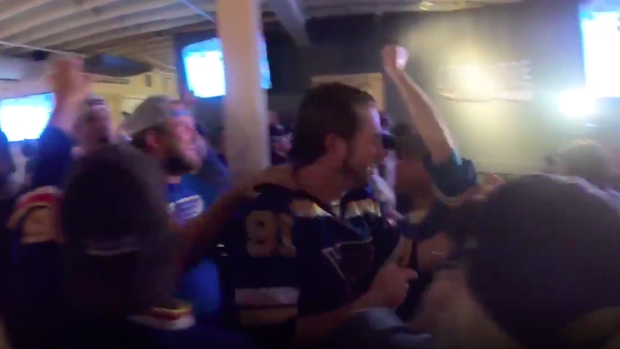 Back in January, when the St. Louis Blues were dead last in the NHL, who could’ve seen this coming? A freaking Stanley Cup title.

Well, this guy either had some future sight, or he just decided to throw $400 at the wall and see if it’d stick. Either way, he’s $100,000 richer now, after placing a bet on the last-place Blues to win it all way back in the year.

This piece of paper, purchased in Vegas in January for $400 is now worth $100,000. Remarkable. pic.twitter.com/l7ffGIgptT

It’s shaping up to be a good night for Scott Berry and the rest of Blues Nation. #StanleyCup pic.twitter.com/WadVuO0Klg

Well, whatever it takes to place a bet like that — sheer guts or faith in your team or just utter disregard — it’s paying off richly now. Mad respect to Scott Berry, soothsayer.

This is probably one of the most impressive single-season turnarounds that we’ve seen in quite some time by the Blues, going from last to champs in the span of about a half-year. No doubt, this one’s going to feel good.