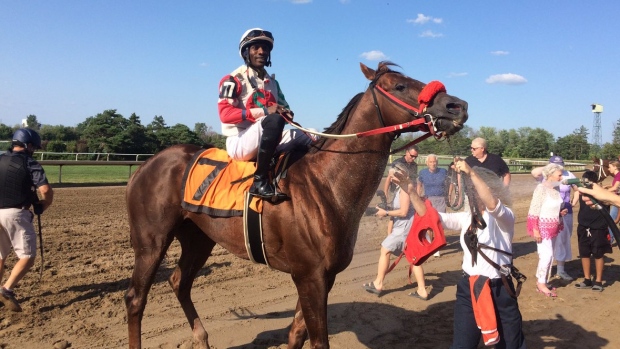 Now this is a come-up story. Over in Fort Erie, Ontario, Mr Changue was the winning horse at Fort Erie Race Track on Tuesday — just 12 days after being swallowed by a sinkhole.

Pretty wild, right? According to CHCH, the sinkhole was well over his shoulders before race track workers and the local fire department was able to rescue him. Then, returning for the Prince of Wales Stakes, Mr Changue was able to capture a win under jockey Krik Johnson.

Incredible win from Mr. Changue, the same horse who fell into a sinkhole earlier this month. What a win, in his first race back. pic.twitter.com/vIihzqR5qp

Fortunately there’s a good ending to that story! We certainly haven’t heard of anything like that happening in the wacky sports world before.

All due respect to Bodexpress, however, who bucked its jockey off at the beginning of this year's Preakness Stakes and tried to win the race all on its lonesome.

So much for an uneventful race. Bodexpress drops John Velazquez at the break. pic.twitter.com/y4IVVTOJjF