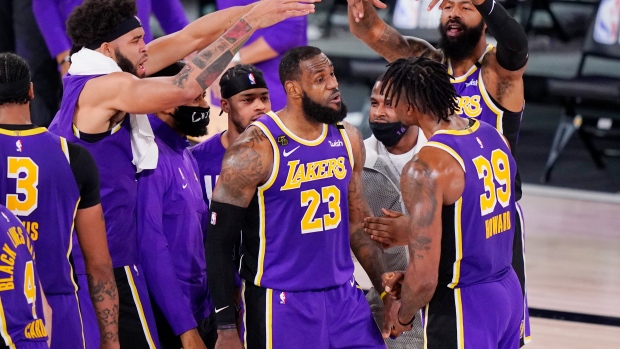 This year’s playoff picture certainly looks different from last year’s! The Miami Heat and the Los Angeles Lakers set to take each other on in the NBA Finals, after both teams missed the playoffs last season.

Believe it or not, this is the first Finals matchup between two teams that had missed the playoffs in the previous season. Of course, bringing in players such as Anthony Davis and Jimmy Butler helps the cause, but we’re also getting to watch what is really some impressive team-building to get to this point.

This is the first time in NBA History where BOTH teams missed the playoffs the year prior and made the NBA Finals the season following.

Consider the history of these two franchises, you can hardly say that they’re starved for success, but the last few years at least haven’t been so kind to them. The Lakers have been in transition from the Kobe Bryant era for most of the 2010s, and it didn’t help that LeBron's first season with the team last year was marred by injury.

As for the Heat, they’ve been trying to put a new winner together since LeBron left in 2013, and it appears that this version of the team led by Butler and Bam Adebayo has the potential to be that winner.

It’s definitely interesting how LeBron intersects with both team’s histories and the recent history of the NBA Finals, but honestly, consider that he’s been in nine of the past ten NBA Finals and ten overall for his career. The path to a championship has run through him for almost the entire decade.

LeBron now has more NBA Finals appearances than all but three franchises 🤯 pic.twitter.com/N1C0nqfVcX