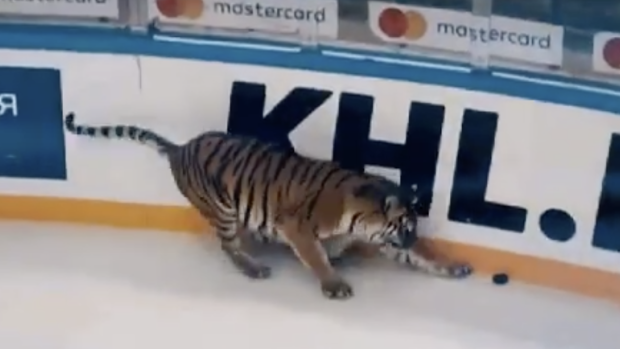 The KHL is a unique hockey league for a number of reasons, one of which being an actual living, breathing tiger is a team's mascot.

Amur Khabarovsk is the team we're talking about and in their most recent game on Friday, their mascot got a taste of what it's like to be on the ice.

Imagine going into the corner with that tiger.

This is how you win the battles along the boards https://t.co/wMV4vFoYiF

On second thought, we'll stay as far away as possible.  Amur could have used a little more ferocity in the corners as they lost 4-2, in part thanks to this incredible diving stick save.