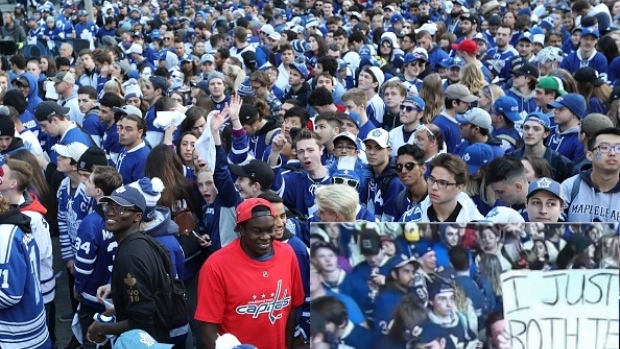 Throughout the Stanley Cup Playoffs, Toronto Maple Leafs' fans uniting together at Maple Leaf Square in Toronto just outside the Air Canada Centre. Thousands of die hard fans in the same place, cheering on their team during both home and away games.

As one can imagine, things got pretty tense in the square during the overtime periods, and one Leafs' fan wanted to solve awkward moments with the most Canadian sign of all-time.

alright, settle down there. pic.twitter.com/b92lmhn2k6

Unfortunately for the Leafs, they lost in Game 6 of the series in overtime on Sunday night, but what a series it was for the Leafs. The future is very bright for the young Leafs' team.