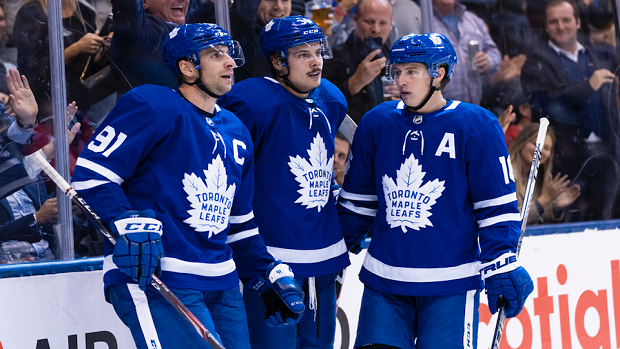 It’s been months since hockey fans had any real sort of news to sink their teeth into, but now that hockey’s anticipated return is only a couple of weeks away, we’re finally starting to get some actual hockey in our lives.

With teams headed to bubble cities in less than a week, Return to Play camps are in full swing. We’ve been loving all the footage of the players back on the ice, and there’s been no shortage of fun clips from Leafs camp.

Ilya Mikheyev scores his second goal of the game, this one shorthanded. 3-0 Matthews. pic.twitter.com/tY81dPQiek

The Twitterverse is well-known for having some of the most passionate hockey takes, and a shake up of the Leafs lines have them very excited.

Today’s scrimmage say Matthews skate on a line with Marner and Tavares, and fans are over the moon about the potential of this trio.

lol i have no idea what is happening

they just keep comin’ at you.

Tavares-Matthews-Marner walking into Scotiabank Arena for game one versus Columbus pic.twitter.com/m21fMa40lD

The opposing team when Keefe deploys this combo. pic.twitter.com/ZMmsNKYPDJ

I have been a fan of this line for a long time. Bring it on.

While this line might just be a practice and power play unit for now, even fellow teammates admit it’s a pretty lethal combination.